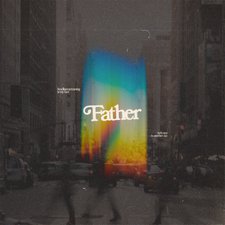 
Branan Murphy's brand of Pop/R&B is the type of music tailor-made for radio airplay. He would slot snugly between contemporaries like Tauren Wells and Jordan Feliz, if he isn't there already. Speaking of Wells, he and Murphy share Jordan Sapp as a producer of 2022 music, as Murphy drops his second single of the calendar year, titled "Father."

The song begins with a gentle opening before transitioning to faux-staccato vocal hints and his higher register as the chorus picks up the pace. The lyrics of the chorus are the strongest, with Branan just shy of soaring as he petitions God stating, "Father/Father/Can you hear us crying out/Even if we don't know how/Father/Father/Oh we need your love and we need it now/Will you come and dry our tears?/Cause we're all just children here." It's certainly not a new thought or feeling, but the remainder of our continued dependence is not one we should ever shrug away.

My only hesitation in full marks for the song is twofold. Some lyrics won't age well, like the following line from verse two, "We turn our misery into memes" with Murphy rhyming "seen" with "memes." While it's certainly not a dealbreaker on enjoying the song, it feels out of place and took this reviewer out of the moment. Secondly, while Murphy shows the ability to use his falsetto, he didn't utilize it enough. There were moments I thought he was going to, even a few that called for it, but it never happens. The bridge, in particular, felt like it needed to ramp up, rather than down leaving the song lacking dynamics.

Ultimately, though, the message is solid, the musical palate is contemporary and catchy, and Branan Murphy has undeniable vocal talent. All told, this makes "Father" a good tune for the playlist on a soundtrack for the car rides of everyday life.