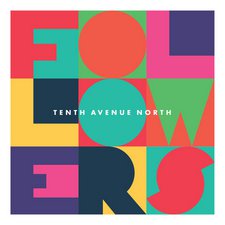 When Tenth Avenue North burst onto the Christian music scene with their national release, Over & Underneath, they did not aim to be pioneers in the industry--instead they tread the musical paths paved by many bands before them. What set them apart from every other CCM band, however, was the tremendous amount of earnestness and emotion they displayed in the way they shared the love of Jesus through music. Subsequent albums, The Light Meets The Dark, The Struggle and Cathedrals, further solidified their status as a CCM band pushing for more openness and sincerity in the business, the latter even containing traces of creativity. Continuing their trend for writing a couple gut-wrenchingly emotional songs ("Empty My Hands," "Times") and deeply encouraging songs ("You Are More," "By Your Side") per album, the band's latest release, Followers, adds one career highlight to each of those two categories, but as a whole, it is pretty much what you would expect from a CCM release.

Followers continues Cathedral's transition away from the band's acoustic pop/rock roots towards a more produced sound, as evidenced by the colorful album art and shorter album length. Unlike Cathedrals, Followers is a little more by the books for what has proven to be successful on Christian radio in recent years. Big synths, chest-pounding electronic kick, and room-shaking bass are the dominant musical traits from track to track--and while not inherently a bad thing, their confidence and skill in this style is not as apparent as their stripped-down pop/rock approach. There is, however, one significant exception to this: the opening track, "Afraid." With pulsating synths, electronic drums and sincere songwriting, this track rivals some of their best material. There are so many things that we can be afraid of: death, inadequacy, insignificance. "Afraid" reminds us that, because of Jesus, we don't have to fear anything.

"Afraid" is followed by the most energetic song on the album, "What You Want"--a fun pump-up track with a strong hook that will have you declaring "what you want" to God's will along with lead singer Mike Doheny. In the song, Doheny explains that there is only one leader and we are all followers who need to trust he has his best intentions for us. Other tracks like "One Thing," "Sparrow" and "Control" reiterate this message with slightly different words and metaphors, which drives the point home, but in a way that is collectively redundant (even though they are individually good tracks). This is not a high-energy album, but it only slows down for the two ballads "I Have This Hope" and "I Confess," both of which are more in line with the band's previous sound. While the former is a nice piano ballad with soaring vocals in chorus and a good use of near rhymes, it's the latter that truly exemplifies the band's ability to craft an emotionally gripping composition. With a beautifully spacious acoustic-driven backdrop, "I Confess" reflects on the importance of confessing sins both privately to God and with close Christian friends: "yesterday it felt like it would never end / I couldn't confess so I kept on falling."

Followers is bookended with an excellent opener in "Afraid" and a powerful closer in "I Confess," and between the two are eight solid but otherwise ordinary tracks. This album is more easily digestible than their previous efforts without sacrificing too much depth, so if you are new to the band or found that their previous efforts had too many slower songs, you'll certainly want to check this out. It might not be the best CCM release this year, but it is a well-rounded album that is worth your time and money if you are a fan of the band or the genre.

- Review date: 9/27/16, written by Christopher Smith of Jesusfreakhideout.com class="coversize" align=right> It's a pleasure to watch a band grow, and over the course of four previous releases, Tenth Avenue North has continued to mature in their songwriting. Cathedrals was a career best album, and the upcoming Followers has a high bar to reach. Wisely, the boys from Florida wisely chose to scale things back a bit, and Followers is a smaller, more stream-lined affair, but no less tuneful or heartfelt.

With subtle musical nods to such artists as Mutemath and Paper Route (check out the synthesizers and swirling electro beats on "What You Want" and "Fighting For You"), Followers sounds more mature and interesting than past releases, even if it dials back the bombast of past two albums The Struggle and Cathedrals. There's still plenty to like, and quite a few songs will surely make their way on to Air 1 Radio, but the tone is less strident. It's like a quiet moment after a storm.

Followers is a convicting album, full of well-crafted and interesting songs. This is one to look forward to... - Preview Review date: 9/7/16, written by Alex Caldwell of Jesusfreakhideout.com --->

It appeared Tenth Avenue North was hitting their stride with the release of Cathedrals in 2014, with a notable improvement over 2012's The Struggle -- which was pretty solid in its own right. I wouldn't say that TAN has necessarily gone out of their way to stand out from the CCM standard-bearers, but they managed to do so anyways with a slightly more innovative musical approach and deeper, more thought out, lyrics. Unfortunately, Followers is a step in the wrong direction from a musical perspective. The band opts for a more radio friendly pop backdrop this time around and it really hinders the overall product. TAN didn't receive the radio recognition they deserved in the past, but it feels like this album was written with that in mind. Songs like the piano driven "I Have This Hope" and the solid "Sparrow (Under Heaven's Eyes)" are quite beautiful and capture the essence of Tenth Avenue North, but unfortunately they don't' seem to resonate over the weaker tracks on Followers as a whole. However, the second half of the album is certainly stronger than the first. - 10/13/16, Michael Weaver of Jesusfreakhideout.com

Tenth Avenue North's fifth studio effort, Followers, advances the pop sound their previous projects, The Struggle and Cathedrals, began experimenting with. Although the record tends to fall a little too far towards the familiar but generic direction of AC pop, for the most part, it manages to retain the creative spark found in prior records (pun intended). Highlights include the opening ballad "Afraid," the scripturally focused "Sparrow (Under Heaven's Eyes)," and the humbling acoustic closer "Confess." Followers probably won't be seen as the band's strongest accomplishment, but in a genre where monotony is all too common, you cannot go wrong with picking this up. - 10/20/16, Lucas Munchen of Jesusfreakhideout.com