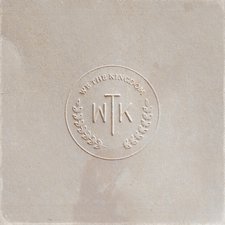 We The Kingdom
Holy Water


Way back in the year 1998, Steve Taylor’s scrappy, independent record label Squint Entertainment signed a NYC based folk-rock band named Burlap To Cashmere who had been making quite a name for themselves with their dynamic live show. As a first taste of this band, Squint and A&M records released a live EP as the band’s first release, and those songs made their first impression on listeners, a few months before the band’s debut album hit the shelves.

Worship collective (and band of relatives) We The Kingdom has taken a similar route with their first batch of releases, with a live version of many of the songs that would feature on their debut studio album coming first. In an interesting study in comparisons, measuring a live track with its studio recorded version offers the listener a choice in what they value in a song. A live version often is a bit faster in tempo than its studio brethren, and this boost of energy offers an appealing, uplifting listening experience. In the comparison to the band’s live EP, Live At The Wheelhouse, the songs that are also featured on Holy Water are a bit tamer and more pristine in their presentation, but still well done and, above all, well-written and well-performed.

With a strong 70’s California rock vibe (think classic Fleetwood Mac or vintage Eagles) and a dose of current county rock (Delta Rae or Grace Potter & The Nocturnals), We The Kingdom feels both familiar and fresh all at the same time. With the twin lead vocals of Ed Cash and Franni Rae Cash leading the way, the “family” vibe of the band is strong, and the harmonies and internals rhythms of the songs suggest years of family sing alongs around the campfire or living room.

The rocking, wailing “Cages” opens the record with a strong statement about authenticity, with both vocalists trading verses back and forth against a pulsating background. Calls to authenticity within the Christian music genre are perhaps an overdone theme, but the grittiness of “Cages” serves the theme well, and the lyrics are a welcome challenge to the modern, Western believer: What if I got real honest? / What if I took a risk? / What if I opened my heart and let You see in? / What if I took my mask off trying to fit in? / I don't wanna be a mannequin / What if I let my guard down? / What if I took a breath? / What if I wasn't perfect, what if I was just a man? / What if I bled my soul out, give it all I could give? I'm so tired of pretending.

The following “Waking Up” brims with great energy, and moves in a few interesting directions musically, with both dance club energy and a Gospel music swing. Third track “Child Of Love” pulls out all the stops with its classic rock bombast, and feels like it could have sat next to classic Rolling Stones and Elton John on the radio in 1978. Fourth track “Dancing On The Waves” slows things down (perhaps a bit too much), but does serve as a nice reflective moment. The hit radio title track “Holy Water” finds producer Ed Cash turning in a soulful performance that counterpoints the vocals of Franie Rae Cash nicely. This tune could perhaps be the best case for why the album and band connects so well with audiences and listeners; the song is both a familiar one, with baptism images and a Gospel Music structure, but has a modern energy that makes for a nice mixture. (Needtobreathe’s first big hit “Washed By The Water” accomplished a similar feat.) The rollicking and anthemic “God So Loved” nicely encapsulates the Bible’s most famous verse while building on the invitation theme well: Bring all your failures
Bring your addictions / Come lay them down / At the foot of the cross / Jesus is waiting there / With open arms / Can you see His open arms?

The end of the album, alas, does not stick the landing. With a string of mid-tempo, conventional worship songs, and the slightly shmaltzy “You Are Heaven” (where the 70’s ABBA-lite sound finally outstays its welcome), the albums fizzles out a bit, especially compared to its great beginning. But pound for pound (or “gallon for gallon”), Holy Water is a refreshing album for these troubled times, and a reminder that the author of all things created music in all of its forms. And whether seeing the band in person (we will get back to this someday) or experiencing them with your headphones on, We The Kingdom is a family band worth spending some time with.