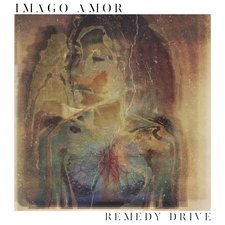 
The "protest song" is about as hallowed a tradition in rock and roll as there is. From the quiet, acoustic guitar days of 1960's folk singers like Pete Seeger and Bob Dylan, to the anti-war sentiments of The Beatles' "Revolution," all the way through The Clash and Rage Against The Machine, the protest song has been a staple of rock music. Christian music has had its fair share of these kinds of songs too (even if they are pushed significantly to the margins), with musicians and writers pulling on the language of the OT prophets and the words of Jesus himself to rail against an often-unjust political system, or corrupt religious establishment.

Veteran rockers Remedy Drive have taken a more nuanced path to the protest song on the last few albums and turned that righteous anger into the realm of "advocacy." With the band's work in fighting human trafficking taking a front row seat in their songwriting, the band has continually brought this painful, maddening and important subject to the light in both their actions and on the musical front as well. Their latest album, the rocking, thrashy and passionate Imago Amor (Latin for "image of love") finds the band broadening their scope a bit subject-wise but maintaining the righteous fire in their delivery.

And speaking of fire, lead single and opening track "Dragons" delivers the heat in both the metaphorical and sonic sense. With cranked up, distorted guitars and a raspy delivery from front man David Zach, the song makes great use of a Lord Of The Rings motif to perhaps talk about the uncharted territory of this new pandemic age we find ourselves in. "These waters are uncharted / And here there be dragons / In the legacy that was started / In the footsteps of Baggins / Our love is forged you see / In the furnace of adversity / We're passing / Through the fire together / We'll make our way through / These flames and these waves / This is a storm / That we can weather." With an aggressive guitar line that suggests artists like Thousand Foot Krutch, Muse or a mellower Rage Against The Machine, the band rocks convincingly here.

From that fiery opening, the band doesn't let up. The title track is a call for unity on a deeper level than mere "getting along," and a reminder that the heart of humanity was designed for harmony. Such calls for peace amongst brothers and sisters can seem a bit naïve at times, but the band rises above the cliché' here in its desire to remind the listener of the original design. "We're made for each other / In the image of love / You and me / Made for each other / In the image of love / Strangers and neighbors in wonder / We are all alike / Captivated and exiled under / The same stars tonight."

"Caravan Princess" and "Burn Bright" return to the band's frequent subject of human trafficking with a prayer of encouragement for those caught up in this tragic world: "You got that fire / Inside your eyes / You've felt the lighting strike / You've seen behind the skies / And you're still standing / Sing out / Burn bright / Stand strong / Hold tight / You're in the company of / The keepers of the flame / Burn bright again." The raging "Pax Melodiam" (an ironic title for the album's hardest rocking song, it's Latin for "Peace Song") also addresses this subject and wins the prize for "song that name checks the most dictators in history." (The tune's droning, Middle Eastern guitar tones also add to the menacing atmosphere.)

But it's the quiet, piano based "Using My Name" that has the album's most incendiary lyrics. With an eye towards the true Biblical idea of what "using the Lord's name in vain" means, the band takes aim at those who, all throughout history, have sought power and prestige by invoking the Lord's name in their quest (be it the Crusades of the Middle Ages, the Conquistadors taking land in the New World by force, or the cheap election sloganeering of the 21st Century). By widening the definition of taking the Lord's name in vain (it's so much more than mere cursing), the band has written one of the best treatises on the subject put to music: "You're using My Name in vain / For your power and / For your personal gain For your advantage For your wealth And for your fame / You're using My Name in vain / The wealthy got their place / Of prominence at your feasts / On your committees and / On your boards of directors / How can you defend / Your cultural dominance / But not the least of these / In your cities and / In your public sectors / You're using My Name /You're using / My Name in vain."

Imago Amor is a dense, lyrically packed and musically diverse album that continues Remedy Drive's winning streak both on an artistic and spiritual level. It is a project that engages the head, the heart and your inner air guitarist all at once. It is early still, but Imago Amor might be one of the best things you hear this year.