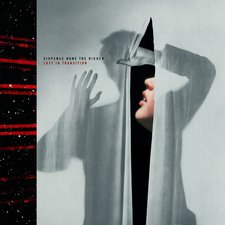 Sixpence None The Richer
Lost In Transition

Since the announcement came several years ago that Sixpence None The Richer would continue making music once again, fans have been eagerly awaiting a new full-length recording from the artistic team of Leigh Nash and Matt Slocum. Since reuniting, the duo has brought us their first Christmas album and a 4-track EP (both in 2008), with a new full-length having been targeted for 2010. The record was completed and was nearly consumed by record label issues (once again). Now, two years later, Lost In Transition (previously titled Strange Conversation) is seeing the light of day.

Lost In Transition picks up right where their 2008 EP My Dear Machine left off, and even includes three of those songs (two completely re-recorded), and nine new ones. For those who missed the EP, have no fear; the highlights of the EP have been incorporated well into Lost In Transition. The upbeat, but lyrically melancholy (which is expected from Sixpence) "My Dear Machine" opens the album, setting the tone for a project that is largely thematically about relationships - love and loss in particular. The album's first single, "Radio," starts out subtly with Leigh's beautiful vocals standing alone with a drumbeat to set the mood for a song that soon broadens into a memorable pop anthem, "And now radio plays that song, I don't know if I can sing along, Am I ever gonna make it through? Am I ever gonna be with you?". It serves as one of the main highlights of Lost In Transition. "Give It Back," which was originally titled "Amazing Grace (Give It Back)" on the My Dear Machine EP, is given a new treatment, not straying too far from the original recording, however. It's as lovely as ever, as Nash sings a prayerful song pleading for the Lord to rekindle the fire inside, "And please Lord, give it back to me... If You blow on the embers, the light will shine on my face / The streams will run in the desert and sing amazing grace."

Another beautiful album highlight, "Safety Line," follows, which is a song about love and needing our significant other to be there for us. "When You Call Me" starts to slow things down a bit, with a chorus that beckons, "If I see the light when I'm falling asleep, will I come to life if you call me? / You move the ground that's under my feet and I love the sound when You call me." "Should Not Be This Hard" is one of the quirkiest songs on the album, bearing a southern folk rock sound that is a bit of a jolt when first listening to it in the context of the rest of the album (The flavor of it also strangely reminds me of Big Six's "Twentieth Century Boy" from The Truman Show soundtrack). "Go Your Way" is an acoustic folk tune, followed by the somber "Failure," a gloomy but lovely ballad about the passing of time and regrets. "Stand My Ground," which follows two songs later (after "Don't Blame Yourself"), feels like a cousin to "Failure" in style and tone, and continues a classic melancholic vibe that Sixpence listeners have known the band for for years.

"Sooner Than Later," a song Nash and her huband Stephen Wilson wrote about her father, is the last of the EP songs to make a re-appearance and is another highlight of Lost In Transition. "Be OK" closes out the album on an upbeat note, a strangely positive and hopeful resolution to the album, co-written by Nash and Peter York about recovering from a broken relationship. It's a satisfying end to the journey the band brings the listener along for.

The end result of Lost In Transition is a mix of a matured pop sound that forsakes radio expectations and pursues honesty in their artistic expression, and a hint of the pop know-how they've picked up along the way. Fans of the glistening sounds of Divine Discontent (2002) may be surprised to find considerably more southern roots exposed and brought to the forefront on Transition. Both Matt and Leigh have experienced a great deal of life's ups and downs since their last non-seasonal studio full-length and a lot of it is expressed here by way of piano--and sometimes twangy--ballads, and lyrical laments. Some songs have a bigger, fuller sound you'd expect from the mainstream side of Sixpence ("My Dear Machine," "Radio," "Give It Back"), while other moments almost come to a complete hault as the layers are stripped back to allow Leigh's voice and Slocum's lyrics speak for themselves ("Failure" in paticular, while Nash co-wrote "Stand My Ground," "When You Call Me" with Wilson). Sixpence None The Richer have found themselves in a great place to be, musically, as they don't need to answer to the mainstream chart-topping success to guide their creations further. Lost In Transition returns the band to the more indie, folk base that was laid in the very beginning, all brushed with a glaze of maturation and experience that comes along with growing older and making music together for nearly twenty years. It may not be the mighty return their mainstream listeners may be hoping for, but it is an excellent effort and hopefully just a sign that more great things are to come from Leigh and Matt.

As a side note, the iTunes exclusive bonus track "I Do" is well worth picking up separately if you get the physical CD or as part of a digital download purchase. It's a lovely ballad in the same vein of "Be OK" to some degree. It actually is a nice addition to the other twelve tracks.

In the ten years since their last full album as Sixpence None the Richer, Leigh Nash and Matt Slocum's music career has taken quite a journey. One Christmas record and an EP, new music rumors, label woes, postponed release dates, and a title change later, their full-length reunion has arrived in the aptly titled Lost in Transition. At this point, a casual listener who mostly remembers them for "Kiss Me" might forget about this indie release, but lovers of alternative pop could find this one worth noticing.

Lost in Transition lives between the stripped down alternative of early Sixpence and the pop shimmer of their later work. Sometimes, they're introspective and downbeat, as in the raw emotion of "Radio" and "Be Ok." In other moments, they embrace catchy, singable hooks with a southern twang, with "Should Not Be This Hard" being a prime example. With the exception of maybe "My Dear Machine," which makes use of horns and a fuller sound, this record is stripped down, warm, and just poppy enough.

But underneath -- or perhaps above -- all that, is Leigh Nash's voice that has always in some ways defined the Sixpence sound. Sometimes, she evokes a little bit of the Eisley ladies in her ethereal, yet emotional delivery. Songs like "Give it Back" reveal conviction and heart, as she begs for a return of faith, then angelically lilts, "If you'll blow on the embers / The light will shine on my face / The streams will run in the desert / And sing amazing grace."

Whether Sixpence can reascend to the popularity of songs like "Kiss Me" and "There She Goes" remains to be seen, as it's easy for a relatively low-key release like this to get lost in the constant rush of new music. Longtime fans will no doubt find reason to rejoice that this album is finally here, but casual acquaintances should certainly consider giving this one a listen. There's a mature beauty that shows the payoff of years of hard work, proving Sixpence is back and worth the wait. - Jen Rose, 8/5/12