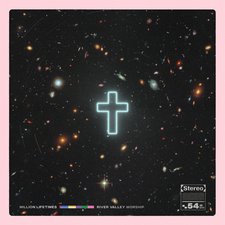 
Minnesota band River Valley Worship has been quietly creating records independently for several years, but were picked up by BEC Recordings for their 2018 outing, Million Lifetimes. From the outside, it looks like another cliche worship endeavor, however, as you dive deeper into the album, you'll see the band has a sincere, burning passion for Christ -- and lyrical creativity that helps set it apart from other worship releases.

The album bursts out of the gate with two upbeat tracks, "Chain Reaction" and "All This Time." While both seem to be aimed at a younger audience, they aren't overdone to the point where an older listener wouldn't be able to worship along. However, as the album progresses, it starts to mature, both musically and lyrically. After slowing down for "Wanna Be Like You" and the title track, the album starts to find a groove as it beautifully meshes acoustic and electronic elements. Songs like "Hope Has a Name," "Clean" and "Calvary's Shadow" showcase the band's ability to shape worship cliches in a fresh and creative way, with lyrics such as: "Jesus Messiah / the Rose of Calvary / Trampled beauty / Your blood poured out for me / With a sound / grace echoed through the skies / It is finished / the cry of love divine." The album ends on a beautiful note with "Promised One" and "World Needs Jesus" - the latter being a passionate urge to spread God's light in this dark, hurting world. The message portrayed is clear: Jesus is the Answer, and He is the only answer to all the pain we all face in the world.

While the team over at River Valley Worship have created an enjoyable worship album, it has its flaws. Songs like "Chain Reaction" and "In Rhythm" just come off as bland and contrived compared to deeper tracks like "Clean" and "Victory," and hold the album back from what it could be. Generally speaking, Million Lifetimes definitely has its peaks, but unfortunately those peaks come along with some valleys in between. All in all, if you're looking for some fresh music to play during a service, or just a fan of the worship genre as a whole, you'll want to give this album a spin.