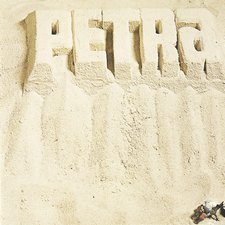 
In 1972, four Bible college students joined together to play rock music for Jesus. They were caught up in the Jesus People Movement of the late '60s/early '70s and inspired by Larry Norman's pioneering work. Led by guitarist/vocalist Bob Hartman with fellow guitarist/vocalist Greg Hough, along with bassist John DeGroff, and drummer Bill Glover, Petra was born. After two years of playing every gig they could, they finally caught the notice of Billy Ray Hearn and Myrrh Records. With a budget of $1,000, the foursome recorded ten tracks over the course of two weeks to create their self-titled debut album.

What is immediately obvious is the eclectic musical taste of the group. Opener "Walkin' in the Light" is a Southern rock barn-burner with solos worthy of Lynyrd Skynyrd; "Mountains and Valleys" brings more mellow folk in the vein of James Taylor; then "Lucas McGraw" follows these with a straight-up bluegrass sound. And this is only the first three tracks! Blues and jazz influences also make their presence felt as the record continues. As varied as all these styles mashed together feels, the band manages to pull them off in a mostly uniform manner. Perhaps what helps is their proficiency with each style. These aren't half-hearted attempts at novelty; the guys behind Petra know the styles they're playing and they play them well.

Admittedly, it's the music and instrumentation that carries this album, as the lyrics and vocals nearly sink it. Hartman and Hough take turns on vocals (depending on who wrote the song) and while both are giving it all they've got, they clearly don't have the chops for professional singing at this stage. The vocals are definitely an acquired taste. Lyrically, these songs are simple and plain in their message, with the band being as clear as possible for an unbelieving audience. In fact, most of the tracks are evangelistic in nature. "Walkin' in the Light" calls out the listener's need for Jesus: "I wish you could see all the love you need." Meanwhile, "Wake Up" gets into their face about the cold reality of sin. Jam song "Backslidin' Blues" follows it up with the singer expressing woe over his wayward life. Other tracks are gentler in their approach. "Gonna Fly Away" focuses on the reward of heaven for the believer while "Parting Thought" is the perfect, simple altar call track to invite the listener one last time to Jesus.

Given Petra's illustrious career and future influence, it would be easy to look at their self-titled debut and think it an ignominious beginning. However, for all of its musical messiness, trite lyrics, and questionable vocals, it carries a raw intensity and charm to it. Here are four college kids who just want to tell the world about Jesus and they're doing it as passionately as they know how with musical styles they love. It's pure evangelism at its heart and for that it's rather charming. Granted, the group will go on to hone its style, perfect its strategy, and improve the vocal and lyrical quality, but, for all its flaws, Petra's self-titled record is a great jam album worth listening to when you're in a mood that doesn't mind its weaknesses.