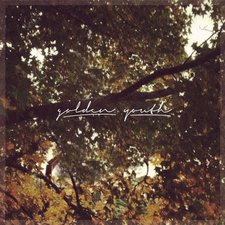 If you want to make something just the way you want it, sometimes you just have to do it yourself. Just ask Kyle Monroe, owner of The Apathy Tree. A multi-talented entrepreneur, Monroe uses his establishment as both a graphic design studio and a recording studio, contracting for independent artists and producing his own projects. Among such pursuits is Golden Youth, a joint venture between Monroe and fellow musician Stephanie Lauren, and the duo's first project on Slospeak Records, Quiet Frame; Wild Light, is riddled with independent talent let loose to accomplish creative goals.

While not terribly easy to illustrate with an EP, Golden Youth are surely a multi-dimensional band that capture their sound exactly how they want it. By working together to drive Golden Youth's creative direction, songwriters Monroe and Lauren wonderfully trade off in their contributions to construct Quiet Frame; Wild Light's seven tracks of organic alternative pop. Monroe's production value is professional in polish, but never to a saccharine level of sweetness; it maintains the "indie" feel without ever overwhelming the concept with needless bells and whistles. But with both the band's members contributing instrumentally, Lauren's reserved vocals are one of the band's defining aspects, crisply complementing the backing musical atmosphere with a spot-on performance. There is clearly more to the band's creative intelligence than this EP lets on, but it's a grand introduction to their world nonetheless.

As an intro track, "Life Through a Keyhole" slowly, but effortlessly, segues into the brisk jaunt of "We Are Alive," which boasts layered vocal effects and an engaging gallop in the percussion. Once the fast-paced nature of "We Are Alive" and "Brother in the Morning Light" settles, the pensive "You" and "I Was a Lark" usher the listener into soothing scenes of purposeful minimalism, allowing room for both the bombastic and intimate environments for a striking juxtaposition. Tracks such as "Brother in the Morning Light" and the ambitious closer "On Wings" capitalize on beauty in complexity, but Golden Youth still major on keeping things elegantly simple as a general rule. The ballad "Seven Seas" is sure to pierce more than a few hearts with its directness ("chasing dreams until we reach them, it's what we were made to do/I will love you 'til my days are done, 'cause darling you are my only one/for all time, you are mine"), and the ethereal window of "You" makes the song come alive with strings and xylophones shining through ("oh the things that I could say to you/hear my heart beat in this empty room for you"). While not necessarily clear-cut at all times, the emotions throughout are composite and benevolent, creating an enticing profile for the entire project that leads to an easy listen never lacking in substance.

As with many EPs of this scale, the most noticeable downfall of Quiet Frame; Wild Light is when it's all over. Only with a full album would Golden Youth have more room to completely express their musical personas, but the compact Quiet Frame; Wild Light is more than a fine start [Note: The digital release includes a piano version of a track and two live versions of two other tracks; these three tracks were not available to us at the time of review]. Up-and-coming artists rarely open with this impressive of a showing, but hopefully this is only the beginning of great things to come while on Slospeak Records' roster. For fans of Deas Vail, Gungor, and Future of Forestry, Golden Youth is the next great discovery in instrumental bliss.