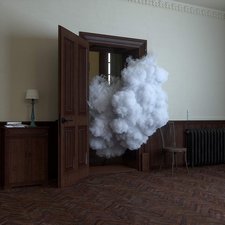 We Are The City
RIP


One of the eternal critiques against pop and pop/rock is how blasé it can be. There's not much left under the sun for genres built on four-chord progressions and diatonic melodies. That can't be said for Canadian group We Are The City. Though they've largely been under the radar (likely due to their experimental elements), RIP is already their fourth full-length release with Tooth & Nail Records. This album is a perfectly suitable summation of the group's sound: an energetic balance of synth and guitar that usually rests underneath the eccentric vocals and musings of Cayne McKenzie. What this record does better than their previous efforts is in the lid-tight songwriting and flawlessly complementary production. In a time where most pop records are overblown and grating, RIP should be praised for that alone. Ironically, for a pop record, the biggest flaw here is how forgettable the tracklist can be.

Perhaps this is because much of the record resides in casual vocal distortion and electronic palettes. It could also be that many of the melodies are unengaging. There are spots plentiful where melody is abandoned for something closer to spoken word or whispers. Though these monologues work well thematically (see the discordant longing for "tomorrow" on "You're So Clean"), they can be hard to remember. Still, one of the record's biggest surprises is how lyrically thoughtful and poignant it can be in its straightforwardness. After the aforementioned monologue, the disorientingly long "You Can't Blame Me, But You Can Blame Yourself" provides transition for the contemplation of the inevitable pain that comes with growing up a sinful being on "God & Man." This track's most provocative lyric - "If Jesus was really God and man/But never sinned/Was He ever really man?" - is less a questioning of doctrine and more so a capitulation of the loneliness we bring upon ourselves. Challenging concepts like this elevate the record above typical pop fare.

We Are The Citys newest album, RIP, is a classic example of a beautiful letdown. Though much of the album is finely crafted experimental pop/rock, it shines brightest on the three advance singles, Killer B-side Music, Song In My Head and RIP. After setting the expectations high with these three songs, it largely disappoints with the rest of the track list. Killer B-Side Music sets the table with an explosive chorus, while Song In My Head is the runaway ear-worm of the album, begging to be placed on a teen-centered TV show soundtrack. Knowing that the backstory of "RIP" is about the loss of a friend makes it even more layered in its message, as the music and lyrics work together perfectly to communicate heartache. After the first few tracks, though, the album falls off, spending too much time experimenting in ways that dont fully work, though its an admirable effort. Listening past some of the experimental elements leaves this listener wanting for more melody, more story or something new from the lyrics. The biggest example of this is the weaker latter half of the album: "God & Man," "Saint Peter," and "Me + Me." While these three songs have the most interesting things going on lyrically, the musical palate is at best meandering, and at worst distracting in its outside-the-box approach. That said, the other song not previously released that landed for this listener is the bratty hand-clap sentiment of "You're So Clean." The song fades out, and then back in with the bridge communicating the longingly universal sentiment, "Tomorrow, tomorrow gets me through today/Maybe everything will be okay tomorrow/I'll start my life again/In the clean possibility of tomorrow." Though RIP isn't a homerun, We Are The City wallops a stand-up double, commendable for three standout tracks and they flash enough potential to warrant future swings. - Review date: 1/27/20, Josh Balogh of Jesusfreakhideout.com