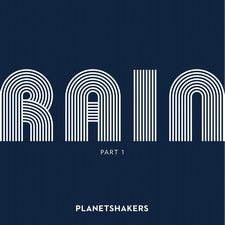 
As hard to believe as it might be for a good many of the youngest members of the music-loving audience, there actually was a time, in the not-too-distant past, when bands and singers actually waited until they had written and recorded ten or more songs before tossing them together and releasing them to their fan base. These days, of course, such a notion comes off as positively old hat in light of the fact that the seeming majority of artists appear content to parse their tunes out a handful at a time via the now ubiquitous extended player (EP) format.

Nobody is more familiar with this new-found approach than the members of the Planetshakers who are releasing their ninth EP in just under three years. Objectively speaking, there is nothing at all wrong with doling out music in bite-sized chunks rather than full-up projects. And the last few Planetshakers outings have each featured at least one or two truly standout cuts. This time out, though, it appears that the group's rapid-fire tactics have, at long last, caught up with them.

At a mere four tracks, the EP comes and goes in the blink of an eye. While there's obviously nothing wrong with a succinct running time, the problem is that Rain (Part 1) offers very little in the way of uniqueness or innovation. The songs are certainly innocuous enough, from the Bruno Mars redux of "All Around" to the sunny, uplifting pop of "Lift Your Name Up," and quiet multi-vocalist ballads "Right Now" and "Fire Fall." Pleasant as they are, though, each of these styles have been done to the point of overfamiliarity on the band's previous EPs. And, even more tellingly, none of the cuts have strong enough hooks or melody lines to even come close to leaving any sort of lasting impression once the album concludes.

In its defense, the Planetshakers collective is undoubtedly talented, as anyone who has sifted through their last few EPs to pick out the strongest compositions can testify. And fans who love radio-based pop/worship are likely to find Rain (Part 1) right up their alley. That said, a few more months between successive offerings would almost surely provide the Melbourne-based outfit the time needed to replenish their creative juices and turn out a truly noteworthy next release.