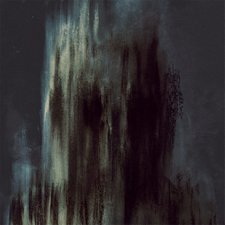 
In 2022, Solid State Records is pulling out the big guns, with new releases from The Devil Wears Prada, Norma Jean, and even Becoming the Archetype. But theyre also still in the business of signing new artists, which is the case for Seattles Opponent. The band formed in 2018 and has independently released plenty of singles and an EP, but their first full-length has been saved for their label debut.

The trios big introduction to the world at large comes in the form of Sentinel, a ten-track metalcore album that has the benefit of being produced by none other than Demon Hunters Ryan Clark. A fitting choice, if there ever was one, as the band very clearly draws inspiration from the Christian metal legends. Most notably, vocalist Andy Maiers screams and growls often sound like those of Clark, occasionally to the point of being nearly indistinguishable. I had hoped that this was something merely on their debut single, Betrayed, but it does continue through the majority of the album. The music itself does do more to break up the monotony, but it largely falls into the category of generic metalcore, with little to really grab my attention. Not to mention some portions of the album feel sloppy and chaotic, and some production choices dont hit the way they were probably intended, such as some lofi moments in the closing track, Remember.

New signings to favorite labels always create a bit of excitement. But occasionally, they can lead to a disappointing debut. Unfortunately, thats the case for Opponent and Sentinel. Its far from terrible - in fact, its a perfectly serviceable album if youre looking for some decent metalcore - but not much more can be said about it.