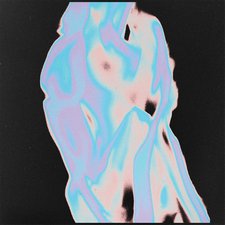 
This is not the review I thought I'd be writing when I took this assignment. After a couple of pleasant, but unexceptional spins upon Silverline's release, I was ready for this review to have the theme of Anberlin still shaking off the rust after having eight years off. I was prepared to write about how this EP had the feel of warm-up before working hard on a new album in the future at some point.

As it turns out, I was the one who was rusty. Eight years is a long time to go without hearing new music from a band that I held dear for many years. I guess I had kind of forgotten that they had become a band just as driven by nuance as by the great riffs and catchy melodies of their early years when they left us in 2014. Silverline needed to be properly digested with headphones to get into the nooks and crannies of the EP.

A passive listen to Silverline from an old fan of the band will likely leave the listener wanting. There is no "Paperthin Hymn" or "Feel Good Drag" here. So what is there?

"Two Graves" kicks us off with one of the heaviest songs of Anberlin's nearly 20-year career. Electronic aspects are prevalent along with massive guitars and drums with chants of, "If you want revenge then you should dig two graves." I can't quite kick the feeling that this song sounds like Diet-Underoath, but that doesn't detract from my perceiving this as a better-than-average opener.

Track two, "Nothing Lost," starts out with rumbling bass and a beautiful guitar line before going heavily electronic in the vocals and music. It's a formula that works really well for the band. The song, from a broad perspective, has that of an 'I'll love you 'til the day that I die' theme that isn't uncommon in an Anberlin song. The more interesting lyrical aspect is the advice of the writer to the subject to not "go gently down the right path, wrong road." This could mean something different in the context of each relationship, but it's kind of fun to think about what it may mean in a song about loving someone until their "very coffin drops."

"Body Language" opens with a simple synth part that repeats throughout, along with a lyrical theme of a relationship that lacks healthy communication. This leaves the lyricist trying to "hear" their partner's body language. While still a solid pop song, this, the longest track on the album, might be the weakest one here. It's too repetitive for my taste and lacks the punch that many of the best Anberlin songs possess. The most interesting aspects to this reviewer are the Cure-esque guitar lines that appear about halfway through the song and the possible lyrical nod to "Love Will Tear Us Apart" by Joy Division. It's not skip-worthy, but it's also not all that notable.

"Where do all the demons go when they're not inside your head?" is a provocative way to begin a song, as he does on "Asking." Vocalist Stephen Christian goes on to describe what seems to be a person who is possibly dealing with some type of PTSD. He tells the subject that he'll go easy on them and be a "savior" to their "complex mind" after mentioning wounds from the youth of the subject. He also begs the person to "surrender" and let these issues go. It comes across as someone desperate to help, but who keeps awkwardly saying the wrong things. I'm not sure that suggesting possible demon-possession would help someone feel better about their trauma. Musically, this is the simplest song here. There's nothing striking to mention, it's just a simple pop song with a good melody.

The closing track, "Circles," is the star of the show here. With creepy-sounding children chanting "I keep running into circles," it feels like we're about to get the musical equivalent of a horror movie before lyrical themes of trying to find oneself quells that notion. Full-on post-hardcore guitar and drums arrive a short way into the song, bringing to mind bands like My Epic and Dens. This is one of the heaviest songs in the Anberlin catalog, along with "Two Graves," and it's a vibe that works really well for the band. I'd love to see them continue in an electronic-meets-post-hardcore direction in the future. Put this one on repeat and think of what could be.

So, is Silverline the sound of a band shaking off the rust? Not entirely. We have a song in "Circles" that I would consider to be a top-20 song in the nearly twenty-year history of the band. There's also plenty of nuance here to draw the listener back for repeated listens. As is customary for Anberlin, the quality of the melodies are hard to deny. There's room for improvement, sure, but what we have here is a band being refined and redefined rather than being rusty.

I have to agree that taking Anberlin's studio return, Silverline, at face value is an underwhelming experience. I was left excited and chomping at the bit for more after first hearing "Two Graves" last year, but the rest of Silverline felt a little phoned-in for a band that seemed more than poised to make a triumphant return. Repeat listens have only continued to reveal deeper layers disguised within Silverline, making it a rewarding listen time and again. While I still wouldn't consider this the best batch of songs the band has in their catalog, it's a wonderful reintroduction to one of our favorite rock bands, and definitely a highlight of 2022. - 9/23/22 John DiBiase