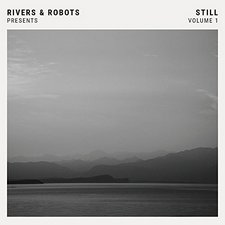 
Hailing from across the pond in Manchester, worship band Rivers & Robots deliver their latest project with Still Volume 1. Jonathan Ogden and David Hailes take a step back from the microphone in this instrumental release (the first in a series by Integrity Music). While the idea of a worship band or artist releasing an instrumental album may not exactly be treading new ground, R&R endeavors to try with all of their signature sound, minus the vocals.

Before diving into details, it should be pointed out that Still Vol.1 did something very well on this album. A huge amount of mass-market instrumentals are floating around out there. These instrumentals are usually created by a few guys with a Casio and some time on their hands. Creating every instrument using a synthesizer or programmer is a terrible trend that has become prevalent in Christian instrumentals. This is the case largely because it's cheap and easy to do. R&R included real instruments--cello, violin and viola to name a few--and sound-wise, the proof is in the pudding. That being said, attempting to shine on any album of mostly hymn and worship cover songs is a daunting and difficult task for any artist.

The album gets going with "King Of My Heart." It becomes clear early on that most of these arrangements are lingering very close to their original composure. But, also, the formula for most every other song present (less so the interludes) is laid out in this opening track. Usually, this formula is a slow beginning with traditional instruments (piano or guitar) with an introduction of electronic sounds a little later as the song builds up and finally closes. "We Have Overcome" differs slightly in that the song starts with light programming arrangements from the beginning. Throughout the album there are three short interludes and it's truly a shame that they are so short. They become an interesting highlight in an often redundant routine. "Interlude 1" has a poppy, light jazz feel to it; "Good Good Father" offers a light blend of acoustic and electric guitars; and "The Lion And The Lamb" continues in the same soft tone. The cover of "Majesty" is another gem that shines. While the recording is somewhat simplistic, a cello complements it, giving it a rich sound. "Boldly I Approach" is a quiet, piano-led song leading into the second interlude. What the listener gets there is a beautiful string arrangement that sounds as if it were taken from a classical recording. "I Exalt Thee" and "Be Still" continue in the same gentle style leading to 90's worship favorite "I Could Sing of Your Love Forever." Again, all of this remains very formulaic and redundant throughout even a first listen. At times, it's reminiscent of an instrumental meant for lulling children to sleep. "Interlude 3," a very short piece, is followed by more of the same in "Saviour Of The World," "Lord Let Your Glory Fall," and "Lord I Need You." Finally, things wrap up with "Revelation Song," and while it does have a lovely string solo, it's too little too late in this long and often uneventful album.

So what's the takeaway? The music as a whole is recorded very well and there are a couple of gems found throughout the 16 tracks, but most of that is lost in slow traditional arrangements of often overplayed worship songs. For an instrumental worship album it does a fine job, but I have a hard time imagining anybody outside of R&R's already established fan base picking this one up.