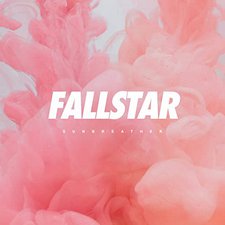 
The boys in Fallstar have been on quite the journey over the band's tenure. From an indie band to a Come&Live! musicianary in their early days, they ended up on Facedown Records for one fantastic album in 2013 (Backdraft) before going back to their independent roots. Once they formed their side project Northlander in 2019, Facedown's interest was rekindled, and both projects ended up on the roster. Now, Fallstar's return to the label comes with their first album in six years, Sunbreather.

Admittedly, Fallstar all but lost me with Future Golden Age, as they went in a somewhat unexpected direction that I didn't particularly enjoy. But, thankfully, Fallstar has returned at the top of their game. They have managed to balance a healthy mix of metalcore, indie rock, and a little bit of pop to produce some of the best songs they've ever written. Though Northlander is technically a different band, Sunbreather almost feels like a continuation of Forces of Light. In fact, most of the album operates under an indie rock style, with metalcore acting as sort of a secondary genre. Of course, tracks like "When Justice Cracks the Sky," "King Lazer," and "The Prism Glass" all have their super heavy moments, "Cloud Chamber," "Sunbreather," and "Darko" all feature more clean singing than screaming. "Meaning in the Monster" even goes so far as having an upbeat, poppier sound that sounds like a radio single waiting to happen (it still rocks, but it's ridiculously catchy). The guitar tones and drums walk the line between the genres, though, and none of the songs really stick to one style versus the other.

One of the things that makes Fallstar stand out from their contemporaries is their use of rap and hip hop sounds. It doesn't always produce strong results (like the Hollywood Undead-esque opening track, "Chroma"), but it works really well in the intense rocker "King Lazer" and the west coast-leaning "Get Me Out (Ice Agents)." The rap influence in "Get Me Out" is a lot more in the music than the vocals, with its '90s west coast flavor sounds like it's straight outta Compton. Though rap and metalcore usually feel like they're at opposite ends of the spectrum, Fallstar's ability to utilize them both in the same song, let alone the same album, is a testament to their songwriting skills.

Thematically, Sunbreather is a very relevant album. There is no "main" subject matter, but they touch on important topics that their listeners will easily resonate with. The lead single, the cleverly-titled "SSRI Feel Better Already," deals with vocalist Chris Ratzlaff's depression, although it has more of a positive spin than you might expect. Throughout the song, he expresses his desire to live a normal life and not be bogged down by things beyond his control. There's an unfortunate stigma attached to antidepressants, especially in the Church, but Ratzlaff is unabashed in the bridge as he declares, "It's the reason that I'm still here standing / I've got a broken mind, thank You God for SSRIs." The focus shifts to the politics of the day in "When Justice Cracks the Sky" and "Get Me Out," as well as in "King Lazer," which is perhaps the most interesting track of the bunch. There are obvious nods to police reform and racial injustice, but it also parallels the death of Jesus. While there could be some dangerous implications with a comparison of this nature, there are a lot more lyrics that only apply to Jesus, such as, "Miles and years from where you are, My arms they cannot reach / but I'm with you in your blood and in your dreams / truth be told, it don't feel glorious hanging in the heat / but this is what I had to do to be King Lazer." I haven't quite figured out the name King Lazer as it pertains to Jesus, but it's an obvious reference to His crucifixion, as is my favorite line of the album, "The power lives inside the blood, not in the nails."

The first album after an extended hiatus is an important one, because it has the power to make or break an artist's career. A highly anticipated album that ends up being terrible might as well be the artist's last album. Thankfully, Sunbreather is a terrific return, and could end up being just the beginning of a new chapter of greatness for the band.

Seeing Fallstar back with Facedown Records was very exciting. I absolutely loved their Facedown debut, Backdraft, but they lost me with Future Golden Age. It was an okay record at the time, but it seemed to have abandoned almost everything I loved about the previous release. I haven't revisited it since it released in 2015. However, Sunbreather feels like the proper follow-up to Backdraft and picks up with Fallstar's unique sound from 2013. That's not to say this album feels dated; Fallstar was ahead of their time back then and it still sounds great today. "King Lazer" actually made my personal top 10 list in 2020, so it's exciting to see the entire album following suit. The blending of genres is done near flawlessly. Metalcore, paired with hip-hop and indie rock, with just a little death metal influence thrown in makes for an absolutely fun listen from front to back. Looking for some hip-hop? Try "Chroma" or maybe "King Lazer." Is metalcore your thing? Check out "When Justice Cracks the Sky" or "The Prism Glass." Feeling like some indie rock? "Cloud Chamber" and "The Meaning in the Monster" have you covered. Sunbreather is a breath of fresh air for a heavy music scene that has grown stagnant and predicable in recent years. It's nice to have these guys back in the fold. - Review date: 2/19/21, Michael Weaver of Jesusfreakhideout.com

Fallstar's Sunbreather, despite its cover's soft peach colors, is one of the most diversely heavy records Facedown Records has released in quite a while, covering a wide range of core styles from Rage-style social protest shouts over chugging seven-string riffs, to a more melodic but equally urgent hard rock sound that allows frontman Chris Ratzlaff to show that his singing is on par with his impressive screaming/shouting/growling range. The music can get a bit redundant on darker tracks like the ultra-aggressive opener "Chroma" and "King Lazer," and radio-ready single "Waiting" sticks out as a bit too polished. Instead, look to melodic but heavy highlights like "Cloud Chamber," "The Meaning in the Monster," or the title track for an indication of this talented band at its strongest. - 2/10/21 Evan Dickens