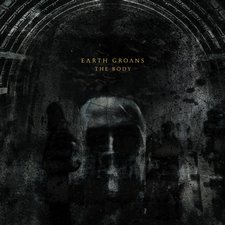 
Continuing the band's prolific output (averaging one new 5-song EP every year since signing to Solid State Records back in 2017), Earth Groans are back to continue their claim on the classic 00's metalcore sound with The Body. Following in the footsteps of Solid State veterans like Oh, Sleeper and Norma Jean, Earth Groans play a familiar style of Christian metal that is enhanced by a poetic pen, a Christ-centered focus, and a lyrical depth that is rare to find in the genre -- not to mention a frontman (Jeremy Schaeffer) who can roar with the best of them.

Unfortunately, The Body comes after the departure of half of the band's members last year, with guitarist Zachariah Mayfield and bassist Kaden Burton both citing the types of circumstances you'd expect would make the rock band life difficult to sustain: living out of a van, crashing at other people's houses, and spending more money than you're making. The downsizing forced Schaeffer into the roles of writing and recording all guitars and bass, with original member Brady Mueller sticking around to continue killing it behind the drum kit. This leads to a noticeable decrease in musical complexities and ear-catching guitar leads, but the remaining duo took this change as an opportunity to make more straightforward and aggressive tunes, pummeling through the five tracks with energy and conviction. There's also a pleasant shift in production on this EP, with everything sounding more natural than ever, especially the drums (which sounded heavily triggered and automated on the band's earliest EPs).

"Heavy" is the most obvious, yet still the most fitting, adjective for describing these songs. This is a band who are entirely comfortable in their style, making no attempts to crossover or appeal outside of the genre's fans. During the spare moments when clean vocals appear (such as EP highlight "Drink"), the vocals create greater contrast and tension, rather than presenting a palatable and catchy chorus. The urgency and aggression are palpable and effective, all spotlighting the richly spiritual and literary lyrics at the set's core. With a vast vocabulary and clear sense of purpose, Schaeffer's lyrics elevate what could sometimes be mistaken for average metalcore, facing his depravity dead in the eyes and coming out with the hope that only the Gospel can offer. Starting with a song about wolves in sheep's clothing on "Take" and transitioning into a song about Jesus's last night before his crucifixion on "Eat," the EP actually gets more hopeful as it barrels forward, concluding with what might be the most encouraging song in the band's arsenal, "Believe." On that closer, Schaeffer proclaims, "We are alive / We are the body / We're making strides" as he presents a beautiful, encouraging portrait of Christ's church being built, taking pride in the unity of the body while occasionally leaning (in post-millennial eschatology fashion) toward the ways God is actively renewing the universe through the advancement of His kingdom.

As a short aside: when The Body was announced, I immediately wondered if this might be the first in a series of EPs, with potential follow-ups including "The Soul" or "The Spirit," since this would mirror the thematic pair of the band's previous two EPs, Prettiest of Things and Waste. However, I then realized that the one-word song titles ("Take," "Eat," "Drink," "Remember," "Believe"), were in reference to the sacrament of communion, with one song even directly mentioning the last supper from Scripture. So while no future EPs have been announced at this time, and this EP stands firmly without needing or begging for a continuation, it seems plausible that the themes could be picked up in another EP titled The Blood.

Not every song hits ("Remember" unfortunately falls into the overly generic side of metalcore breakdowns), but this is yet another solid release from a band that is prolific, yes, but even better, a band that is consistent. The Body isn't my favorite EP from the band (I would personally say that it's about as good as last year's Waste, but doesn't reach the heights of Prettiest of Things); and the duo may need to find new members to join if they want to surpass the creative heights of their days as a four-piece. But if Earth Groans can keep up this high-quality run of EPs, we might have the pleasure of watching them transform from scene-followers into scene-leaders, all before even releasing a proper debut album. And who knows, maybe we'll get The Blood EP in 2022!