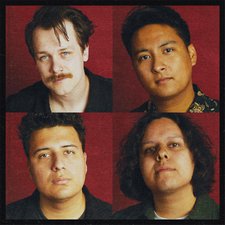 Gable Price and Friends
The Consequence of Being Alive


2020 was a good year for music, in my humble opinion, with quite the handful of albums that I loved and still keep in rotation. And right up near the top of the list is Fractioned Heart by an artist which, for me, was a random find called Gable Price and Friends. Since that album's release, the band has put out two EPs and a stellar standalone single ("You Are My Country"), had a slight change in line-up, and signed to perhaps the biggest Christian label in the world, Capitol CMG. Several months after the Capitol announcement in June, they're already unleashing their major label debut, The Consequence of Being Alive.

It's easy to see why Capitol would scoop these guys up. Gable and his friends are a very talented band with a marketable and accessible sound. Riding the line between pop rock and alternative, they can easily appeal to fans of bands like Phoenix, Local Natives, and Switchfoot. Jon Foreman himself even makes an appearance in "How It Sets You Free," blending in so well that it took a few lines before I realized it was him. I'm not a massive fan of his vocals in general, but it's an otherwise perfect addition to what is possibly the album's best song (and my personal favorite). They also knock it out of the park with the anti-hip-church-culture "I Don't Wanna Live Like This," the Mike Mains-esque "Tough Love," the romantic "Lucky #17," and energetic opening track "Upside" (though the latter does falter a bit with a rather generic sounding chorus). Unfortunately, "generic" is a term that can be applied in a few other places as well, such as the lead single, "Brother Jack," which struggles to find a personality of its own, and the title track, which closes the album on a sort of unsatisfying note.

The real strength of Fractioned Heart lay in its lyrics. While the music was well-written and Price's vocals were fabulous, I usually felt more drawn to what he had to say. I mean, just look at the lyrics of "Heretic," "Communion," and "Underdressed," and you'll find such depth of Scriptural truth and a reverence for God's holy name. But The Consequence of Being Alive all but completely shies away from that type of lyricism, and it's a real disappointment. Of course, the obvious contrast to this statement is the song "Jesus Christ (Hold Me Steady)," which sees Price begging for His mercy after failing to live a holy life (boy, have I been there). But much of the album seems... watered down. "Brother Jack" is one the worst offenders, with so-so lyrics like "For every inch of dark, there is a mile of light / you just gotta keep your head straight / and your hopes up / and your heart right / brother, keep your head straight, hopes up, heart right." The story behind the song helps me appreciate it more, though, as it's based on a letter Gable once wrote to his little brother Jack before his senior year of high school. "Treason" follows suit, as it tries to encourage someone with a notion that things will get better, but is too vague to sound effective, with basic catchphrases and not a lot of substance.

Admittedly, though, it would be very unfair to write the album off simply based on my expectations not being met. And the songs don't have to be explicitly Christian to be good. As a whole, the album is actually pretty solid overall. Despite the title track being a bit underwhelming, it's also an incredibly nostalgic, "these are the good old days" kind of song which I tend to have a soft spot for ("In the night, when our eyes close / when the years slow our tempo / I won't wish for better days / burn the light, watch the time go / same old moon from different time zones / these are those glory days, You are my glory day"). And the 4-song run from "I Don't Wanna Live Like This" through "Lucky #17" is a great time. Musically, these four tracks deliver some of the best riffs, vocal melodies, and lyrics you'll find throughout the whole album. Again, "How It Sets You Free" is my favorite track here, with its terrific take on how truth affects our lives. Based on a line from the show Ted Lasso (which I won't repeat here), the song touches on how truth not only sets us free, but it completely destroys falsehood ("They say the truth will bring you to your knees / that it might make me a better me / but not before it rips your chest out / and not before it puts your back against the wall / there's a painful coalition, a cardiac collision involved / the truth might set you free / but first it's gonna set fire to your house / it takes what you've been trusting, and breaks it down to nothing at all").

While The Consequence of Being Alive isn't the follow-up I was waiting for, it's hard to call it a sophomore slump. Gable Price and Friends have found a lane to travel in, and they've made an album that works for them and their newfound fanbase, and will certainly help them maintain their recent surge of momentum. Now a major label act, I'm expecting big things and a bright future.

When interpreting the stage name Gable Price & Friends, it would be easy enough to assume that the "& Friends" refers to drummer Daniel Vargas and guitarists Adam Elizarraraz and Cam Pablo. Or maybe you'd also lump in Aaron Brohman and Scott Mills, who did a beautiful job engineering and mixing the bulk of the band's sophomore album, The Consequence of Being Alive, alongside contributing keyboards, synths, and a little bit of songwriting. However, Gable's stable of friends extends beyond this crew into a Who's Who list of the biggest names in CCM and Christian rock. Co-writers include Colony House's Caleb Chapman, All Sons & Daughters' David Leonard, and JUDAH., some of whom thrust their own personality onto their respective compositions, but the album as a whole lacks the fresh musical identity we've heard from the band in the past. The first four tracks are indistinguishable from the modern sound of alternative radio, whether it's legends like Death Cab for Cutie or newcomers like Aidan Bissett. Some songs blend together as well, with choruses opting for the non-melodic singing/yelling first heard on the single "Brother Jack." Many verses have stronger, catchier melodies than their choruses, which often end with a whimper instead of a hook. The highlights do come though, especially later in the track listing, starting with the beautiful and thought-provoking "Treason." "How It Sets You Free" will excite fans with its guest feature from Jon Foreman, while behind the scenes, Jon and Tim Foreman co-wrote both "Free" and another favorite, "Lucky #17." It's hard to argue that Gable doesn't have some amazing friends: the instrumental performances by his bandmates are uniformly stellar, and an album written entirely by the Price & Foreman trio would almost assuredly be amazing. Fans of Fractioned Heart may be disappointed that Price & co. chose to write less directly about Jesus on this album and more about Gable's wife, family, friends, and bandmates, but it all comes across as earnest and heartfelt. However, The Consequence of Being Alive ultimately comes across as decidedly safe, especially in comparison to a debut album that was, to use Gable's own words, "not safe." - Review date: 11/10/22, Chase Tremaine of Jesusfreakhideout.com