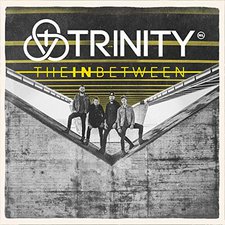 Trinity
The In Between


It's not quite the British Invasion, but the Netherlands-based worship band Trinity is reaching across the pond to drop some music Stateside in the form of The In Between. Consisting of the Smelt siblings and a friend, the foursome draw on a wide array of music experiences from the time the Smelt family spent in Peru as missionaries. Their sound is like a mix between Burlap to Cashmere, Steven Curtis Chapman, and Rich Mullins. Lyrically, their focus is on upbeat messages about Christian community that, combined with their musical prowess, makes for a self-described "heavenly party."

The communal theme on the album is summed up in its title or even in the first track, "Living to Love," where lead singer Elbert Smelt declares, "It's less about the destination/More about the in between." That may be a little hyperbolic, but it does seem to be a tendency among Christians to desire heaven so much that their lives on earth barely leave a mark. The first half of the album focuses on how God has changed us with lyrics ruminating in His love. The second half brings the community to the forefront as they champion openness ("Beautiful Mess") and solidarity ("Shoulder to Shoulder"), with, of course, a good party song or two (like the danceable "Made For This"). All throughout, the eclectic music makes the listening experience enjoyable, interesting, and fun. You won't get bored with how Trinity jams. The lyrics are consistently the weakest part of the album, however, often falling into clichés or feeling more like fluff. There's nothing wrong with the occasional fluff, but this reviewer remembered the melodies more easily than the lyrics.

The biggest concern with the album comes in a lyric on "You Are." The track is about wrestling with who God is and how He has revealed Himself to us. The (catchy) chorus declares, "You're the Maker, Creator, Beginning and End/You're Father and Mother/Beloved and Friend" In case you don't see the theological red flag, it's Smelt calling God "Mother." There's a current movement among many postmodern Christians to focus on God's "feminine" attributes and thus refer to Him as a Her. Yes, there are times in the Bible where God uses feminine illustrations to paint a picture (like Jesus comparing Himself to a "mother hen" at one point), but it's always in a metaphorical or poetic context. How He chooses to reveal Himself is clearly masculine. Feminists hate that (because of "patriarchy") and well-meaning believers try to soften and bend the language to appease them. But this is biblically erroneous (and dangerous). If you think I'm nitpicking and not considering a different meaning to the title in the song, Smelt himself calls it out in a press release, saying, "Because in the end God is something, or someone, who can only be known by loving Him. Or Her, for my part." It's the only truly questionable line I caught and maybe it is nitpicking, but it's still worth pointing out.

That theological pothole aside, The In Between is a worthy debut to the American CCM scene and will hopefully inject some musical creativity into the community. It's a light, breezy record that moves fast and is careful not to overstay its welcome. That makes it appealing. The messages make it encouraging and, at times, thought-provoking. If you're looking for musical flare in your diet, Trinity can feed that hunger.