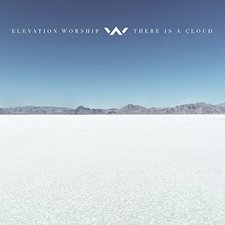 Elevation Worship
There Is a Cloud


Live worship records have many moving parts. Though many of the elements end up being re-recorded in a studio well after the original live performance event, well-produced live worship projects have the potential to introduce great new songs into the modern Christian worship tradition, and on that front, Elevation Worship has delivered in recent years. As the songwriting ministry of Elevation Church in the Charlotte, NC area (led by Steven Furtick), EW has been an accomplished collective in the live praise and worship scene, and 2016's Here As In Heaven proved to be the group's biggest impact. "O Come to the Altar" was named as 2016's #3 song by Worship Leader magazine, and other songs like the Easter favorite, "Resurrecting," and the crescendo-ing title track are particularly memorable. But barely a year later comes There Is A Cloud, the next installment of Elevation's original songwriting approach.

Like in Here As In Heaven, EW majors on sweeping choruses, triumphant songwriting, and synths that permeate every pocket of the soundscape. All of these elements are immediately evident in the first several songs, beginning with the slow-burning title track. At first, it seems like a musical cousin of "Here As In Heaven," but it delivers a simple, four-word chorus ("we receive Your rain") that effectively introduces the album's theme of God's role as Father worth trusting and as a source of eternal refreshing. The immediately following "Overcome" has some interesting synth loops reminiscent of Hillsong's trendy aesthetics. "Do It Again" boasts an anthemic structure that keeps with the theme of unwavering trust in God, though it overstays its welcome just a little bit with its additional reprise; the entire composition lasts about ten minutes. The double-rhyme in "You made a way when there was no way" is a slight nitpick also, but partially in thanks to co-songwriter Matt Redman's knack for choruses ("10,000 Reasons," anyone?), "Do It Again" has hints of a future nationwide church favorite with its anthemic sound.

"Fullness," which previously released on the Speak Revival EP as a studio track, feels like this album's defining moment, calling upon the Holy Spirit to make His presence known. While it's not necessarily a perfect song for all congregations (and rhyming "desire" with "fire" is rather cliche, though forgivable), it combines everything that Elevation does well into one song. The rather pedestrian "He Is Lord" derails the album's momentum a bit; with a fairly unremarkable chord progression, it sounds like an early MercyMe track, and the listener can almost envision Bart Millard singing those same soaring notes. The piano-driven "Yours (Glory and Praise)" smooths things out, however, leading the audience into a moment of God-centered praise.

It's the second half of There Is A Cloud that keeps the entire album from feeling complete. "Forever I Run," "None," "Grateful," "Mighty Cross" are not nearly as memorable as the tracks before them and unfortunately blend together, even in repeat listens. "Uncontainable Love" and "Oh Sing" also have a distinct electronic feel (think Hillsong Young & Free) that's somewhat distracting; these are co-written by London Gatch, and while well-performed songs in their own right (especially Gatch's vocals), they just don't quite fit in this particular collection of songs. It's similar to Here As In Heaven's "Grace Like a Wave," which followed the epic and resounding title track as an uncharacteristic dubstep inclusion that doesn't necessarily fit with the rest of the record's subdued approach.

A good defining word for There Is A Cloud is "slick," which might seem like an odd descriptor for a worship album. But expertly written songs like the title track, "Fullness," "Do It Again," and "Yours (Glory and Praise)" sound polished to a tee without interrupting the worship experience, which is exactly how last year's songs "O Come to the Altar" and "Resurrecting" succeeded. Even including the uncanny dubstep elements and potentially weaker second half, it's the overall production that makes the whole album that much more valuable. Elevation is certainly on the rise, and There Is A Cloud has the clout to be one of 2017's landmark worship efforts.