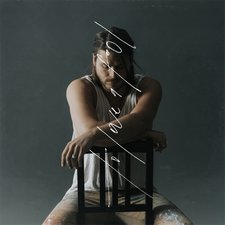 Cory Asbury
To Love a Fool


Success can be both a blessing and a harsh taskmaster. Nobody knows this better than Cory Asbury, whose most recent release, Reckless Love, hit the Top 5 on the Billboard Christian, Digital and Independent albums charts, while its similarly-titled first single sailed to the top of the Hot Christian Songs chart and went on to be nominated for Top Christian Song at the 2019 Billboard Music Awards.

Not surprisingly, the non-stop flurry of activity that accompanied Reckless Love's copious accolades and breakout sales figures eventually led to the inevitable case of burnout. As a result, Asbury opted to take a full year off in 2019 to recharge his batteries and reconnect with God and his family. Ironically enough, it was during that very self-imposed artistic sabbatical that inspiration struck and he found himself penning over two thirds of his latest offering, To Love a Fool, in one short two-week burst.

Of course, any new material is bound to be compared to the now ubiquitous "Reckless Love." Encouragingly enough, Asbury proves himself more than capable of replicating the high-water mark set by that composition - most notably on the leadoff cut, "Canyons," which takes the classic singer/songwriter aesthetic of "Love" as its foundation and tosses in a heaping dose of lilting pop sugar for good measure. Equally impressive are the insightful assessment of the dangers of seeking others' approval found on "Dear God" and the sublime instrumental textures and heartrending lyrics of "I'm Sorry" ("Sometimes all you need is the medicine of time/ 'Cause I was not your failure and you were never mine/But everything has changed").

On the other side of the coin, though, tracks like "Sparrows" and "Crashing In" are a decided step down from the project's more poignant moments, thanks to their more run-of-the-mill music and wording. Others, like "Nothing More than You" and "The Prodigal Song," are similarly reflective of the typical radio-friendly fare favored by so many up-and-coming Christian artists - pleasant and innocuous, but ultimately unmemorable. All of which means that while the brightest moments on Fool do manage to elevate it to slightly above-average status, there still aren't enough of them to recommend the album, as a whole, to anybody but the already converted.