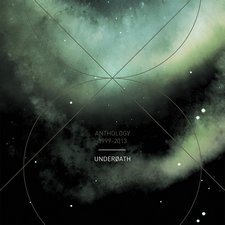 It's difficult to review a compilation album, but this one is unique since Underoath has two new songs to leave fans with as well. The new tracks, "Sunburnt" and "Unsound," feel like a natural progression from 2010's Disambiguation, so some fans will absolutely love the new material while others will continue to miss Aaron Gillespie. Just like many songs from Disambiguation, "Sunburnt" features a blend of Spencer Chamberlain's screams and cleans with seamless transitions between the two. There is some fantastic technical guitar work to be had here as well. "Unsound" starts heavy and chugging but then relaxes and showcases Chamberlain's brilliant clean vocals, similar to "Paper Lung" and "In Completion" from Disambiguation. Some fans may continue to miss Aaron, but there is no denying these new songs find the band going out on a high note musically and lyrically.

Fans of 'old Underoath' will get their fill on the rest of the album with selections from each album--from 1999's Act of Depression all the way up through 2010's Disambiguation. The track list seems to be a selection of the band's most popular songs, if not most of their best ones as well. Longtime fans will appreciate the three songs featuring Dallas Taylor, while Aaron fans will love the fact that more songs are taken from They're Only Chasing Safety than any other Underoath album. I thought it was interesting that they chose to include the bonus track "I've Got Ten Friends and a Crowbar That Says You Ain't Gonna Do Jack" from They're Only Chasing Safety rather than a fourth song from Define The Great Line (their top-selling album). Other than that, the track list effectively showcases Underoath's evolution throughout the years.