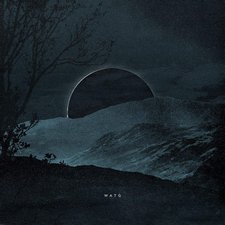 Wolves at the Gate
Eclipse


After taking a comfortable window of time since their stellar 2016 release, Types & Shadows, Wolves at the Gate is finally back on the frontlines of the industry. The post-hardcore Ohioan rockers have returned to present their fourth studio album, Eclipse, and it most certainly delivers. The 13-track album sees the band return to a harder sound than heard on their previous LP, although the album isn't without its gentler moments.

Exploring themes of doubt and presenting a relentless questioning of their standing with Christ, the band takes on an arduous, and at times, grim journey. This is decidedly the "road less travelled" within the Christian industry, with a few recent examples being the exception. While most of the songs are excellent in-and-of themselves, Eclipse isn't an easy project to dissect. The album is distinguished by possessing an excellent flow and is perhaps one of the most cohesive projects I've ever reviewed. Each track is truly represented by its placement and context, rendering an individual analysis deficient at best.

The band opens Eclipse with the excellent "The Cure," offering a haunting intro and deeply reflective lyrics: "Divine the cure from the poison and misery / sever the ties that enslave and are killing me / wring out this heart, make it bleed out the curse that's plaguing my eyes / gasping to catch my breath I feel the poison dissolving / filled with the remedy I once cast aside." "Face to Face" offers a nice assortment of strings and hits home at the crescendo when the lyric "death made me alive" is screamed out. "A Voice in the Violence" operates as another album highlight, bringing some excellent lyrics and melodies to bear.

Serving as the album's midway centerpiece, title track "Eclipse" is perhaps the best song on the album. The beautiful and melancholic tune pairs with the soul-baring lyrics: "I've worn out a path that leads to death / and I darkened my eyes / cold to Your love, am I inscribed upon Your hands? / Am I known at all? / If I fall away will I ever see Your face? / Is it much too late? / Have I gone too far? / Am I on the narrow road that leads to Home?"

"History" is another excellent offering which aptly demonstrates Wolves' mastery of the ebb and flow between calm and storm, while "The Sea in Between" feels as if it were pulled straight from Types & Shadows (in the best manner possible). The softer and more electronically infused "Alone" sees the band branch out a little more while still effectively tethering it to their existing sound. The somber closing track, "Blessings & Curses," masterfully conveys the tension explored within Eclipse: "How many songs of my betrayal / will I have sung before it's fatal? / Though all my words are weak and tired / Your love still blossoms like a fire / I know I cannot reach the heavens / wearing a harlot's heart, cursing Your name." The symmetrical poetry reflects top-tier songwriting as the album closes out with the hopeful lines, "O' Love that reaches from the heavens / to wretched, rebel hearts lost and alone / You took my curse, gave me Your blessing: giving me hope in death."

Ultimately, Eclipse effectively stands up when compared to Wolves' earlier albums, and shows a healthy dose of growth and an unparalleled degree of cohesion. Some fans may be split by whether they prefer the harder or softer iterations of the band, but it's hard to argue against Wolves at the Gate being one of the hardcore scene's best acts in recent years. This is most certainly one of 2019's best albums so far, and fans of post-hardcore would be remiss to looks past what Wolves has excellently crafted.

After a very consistent six years of releasing a full-length album every even year and an EP every odd year, Wolves at the Gate disappeared for three years leading up to their fourth album, Eclipse. Considering the relatively long wait, Eclipse isn't a large departure from 2016's Types & Shadows; in fact, it's the obvious successor fans should be expecting, displaying a band that has, for the most part, hit its stride. There are a few moments that will be new for Wolves fans (up-front synthesizers on "History" and "Alone," brief spoken-word verses on "Face to Face" and "The Sea in Between," and a classic rock guitar solo on "Counterfeit," courtesy the band's newest member, Joey Alarcon), but all in all, this is just another set of rock-solid post-hardcore/metalcore tunes. The songs are distinct enough to not be soundalikes to the band's older catalogue (drummer Abishai Collingsworth continues to amaze with his stylized-yet-tasteful beats and fills, and we've certainly never heard a chorus quite like "Evil Are the Kings" from them before), but Eclipse is primarily a minor refinement on WATG doing what WATG does best: writing theologically astute anthems with a cathartic, metallic punch. If nothing else, Eclipse proves that the band has become decreasingly interested in writing standout guitar riffs and radio-ready choruses; instead, the compositions have grown increasingly subtle, making this album more of a grower than the preceding three. In my earliest experiences with the album, my favorite tracks were all in the middle stretch, from "Enemy" to "History" -- it wasn't until my tenth time (or so) listening through that I finally realized all thirteen of these songs are top-tier Wolves tracks. While I could nitpick about the scarce issues I have with the album's mixing or some of the lyrical rhyme schemes, such critiquing would distract me from plainly expressing just how worthy every song here is of your time and attention. Lastly, I want to add a quick note about the album's lyrics. If you're familiar with the acronym T.U.L.I.P., then Types & Shadows was all about the T. and Eclipse is all about the P. So not only do I highly recommend this album to fans of hard rock and metal, but I also highly recommend it to anyone who is currently wrestling with faith and doubt, questioning their salvation, or struggling to see the eternal sufficiency of the grace that was sealed for believers through the life, death, and resurrection of Christ. - Review date: 7/27/19, Chase Tremaine of Jesusfreakhideout.com

Eclipse, the fourth full-length studio effort from Wolves at the Gate, a post-hardcore act that almost needs no introduction at this point, is an unfortunate misfire in the band's amazingly consistent discography. Eclipse sounds and feels like a fully accomplished mainstream rock effort that trades creative substance for a sleek and polished style which it never attempts to divert from, resulting in a disappointingly one-dimensional venture. However, if you're looking for another batch of infectious, Gospel-centred songs, this will surely satisfy that craving. - 7/29/19 Lucas Munachen