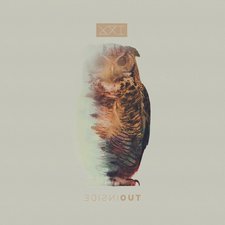 Hailing from Carrollton, Kentucky, a small town with a population of 4,000 lying roughly halfway between Louisville and Cincinnati, the members of XXI, at the time still known as A Feast for Kings, released their debut album on April 17, 2014. A six-song progressive metal/metalcore-based EP, Hell on Earth was the sound of an eager and talented quintet careening, full speed ahead, across the musical landscape with the world as their oyster sprawled out before them. Exactly one month later, though, tragedy struck when a work-related accident claimed the life of lead vocalist Eric Gentry, who was only 21 years old at the time of his death.

Rather than folding up camp and tossing in the towel, the valiant remaining members soldiered on in the wake of loss. Over the course of the next several months, the group organized and played a memorial show for Gentry in November, changed their name to XXI (Roman numeral notation for Gentry's age when he passed away), shifted drummer Carson Butcher to vocals, brought in former bassist Robbie Barnett to fill Butcher's vacated slot, issued a tribute single, "Memories," and, nearly a year to the day from Gentry's passing, inked a deal with the folks at Tooth and Nail Records.

Described by the band members themselves as a conscious move from the EP's progressive metal/metalcore textures into more melodic rock-friendly domain, the inaugural full-length T&N project, Inside Out, should convince all but the most ardent fans of the EP that the venture into so-called kinder, gentler territory was anything but a signal that the band was going soft. One needs only to listen to the invigorating opening one-two punch of "Say it Again" and "Hanging by a Thread" to see that, despite what some in the metalcore camp might say, the migration worked out quite nicely. Indeed, it is on this tuneful, heavy-Anberlin sort of fare that the group truly find their footing.

The band go either side of the template laid out by the opening songs on the following pair of cuts. "Counting Me Out," with its supremely heavy instrumentation and throat-shredding vocals, should delight those who felt the Earth EP had just about everything going for it. "Wasn't Enough," on the other hand, shows that Butcher and his companions aren't afraid to slow things down when the prevailing theme calls for it. But, while entries like these inject a welcome sense of variety into the proceedings, they don't leave nearly as indelible an impression as the first two tracks or the likewise melodically-rich "Alive" - all three of which prove that the band is at its best when its members use heavy instrumental textures, not as an end unto themselves, but rather as embellishments to what are, at their core, simply catchy, well-written pop numbers.

Despite such shortfalls and the fact that a few of the songs tend to run together toward the end of the album, it should be noted that even the weaker material on the record is still on par with the average album from similarly-inclined artists, like Red; the group Butcher and his cohorts seem to approximate most closely and most often. In fact, even though the undeniable similarity may put off purists or those looking for something entirely new and different, it may well work as the band's biggest selling point in terms of both accessibility and that certain sense of comfort that comes from hearing that which already sounds familiar. The band aren't treading any ground that hasn't already been covered by any number of other artists before them. Nevertheless, they possess a solid understanding of both their underlying identity and ultimate strengths. And by staying true to the former and playing up the latter, they wind up doing what they do very well, making Inside Out a nice addition to the heavy rock canon and a pretty impressive comeback effort from a set of battle-worn, but still tenacious, young men.

Metalcore-band-turned-rock-band XXI is set to make a name for themselves in Christian rock with their Tooth & Nail Records debut, Inside Out. Though it's a rock album first and foremost, it's nice to see that they haven't completely abandoned their metalcore roots. Some screaming and heavy guitars and drums exist, but they're rather spread out. The lead single and opening track, "Say It Again," is a good example, as is the following track, "Hanging By A Thread." In the end, though, the former bears more resemblance to Hybrid Theory/Meteora-era Linkin Park than a metal band; the latter, however, does feature a mini breakdown near the end. Later, "All I Want" starts out with a fired-up intro that I honestly expected to result in something like their A Feast For Kings days, but it resulted in something like Hoobastank-meets-12 Stones. All of this, of course, is not to say that it's a bad thing when a band changes musical direction; it happens all the time, for the better as well as for the worse. In this case, the change is neither better nor worse; A Feast For Kings wasn't easy to pick out from the crowd, and XXI doesn't seem to be either. Regardless, songs like "Misfit" and the emotionally-fueled "Without You" give listeners something to remember with this album.

Ten years ago, a band like this wouldn't have fit in with the kind of bands that called T&N home (Emery, mewithoutYou, Anberlin). But in more recent years, XXI does actually fit in well, as the label has released albums from Sent By Ravens, Nine Lashes, Love and Death, etc. And you can take that how you want, but at the end of the day, Inside Out has its moments, but overall it's just another reminder of the loss of Tooth & Nail's golden days. - Review date: 9/5/15, written by Scott Fryberger