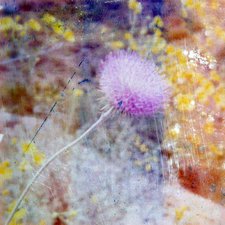 Young Oceans
You Are Fullness


With the past year being a big curveball year for the music industry, Eric Marshall, aka Young Oceans, also had to rethink recording and releasing plans for new music. Originally, his desire was to gather all the session players that would be participating and record the new tracks live in the same room. Alas, the pandemic in March of 2020 squashed those plans, forcing everyone to record their parts separately from entirely different locations. Additionally, this new record, titled You Are Fullness, was intended to be two separate EPs with one dropping on 2020 and the other in 2021. Scrapping those plans, Marshall decided to go all-in with a full-length in early January.

Though it's difficult to say if the album ultimately sounds any different than it would have had it been recorded together, I'm happy to report to fans that this is vintage Young Oceans. It's spacious, ambient, reverb-soaked, soothing, vertically-focused, worship-inducing. For those uninitiated, think slow-burn ambient music with whispered vocals, and be prepared to linger. Nothing on this project, much like the ones preceding, it happens quickly, or even overtly. Most of the track times exceed five minutes each, unfurling ever so gently. It will require patient listens to uncover the nuance across the eleven tracks. But repeat listens thru headphones will slowly reveal a piano flourish, a bass line, a whispered lyric that hits your heart full-force, or even the use of space to induce wonder.

"You Are Not Far" makes use of the phrase, "You are not far, You are not so far away" to set the tone of these Christ directed "love poems." It's a reassuring and needed sentiment in these unsteady times, and certainly echoes Scriptural promises in both Old and New Testaments that He will never leave or forsake His children. "First Love" utilizes a steady drumbeat, synth pads, and earnest vocals to make up the peppiest song of the tracklist. Closing with the sound of rain at the end further drives home the reminder that He is a faithful first love even when we are not.

Title track "You Are Fullness" seeks to further this thought of the all-sufficiency of Christ proclaiming Him as fullness despite the many other things we reach for to fill that void. Other highlights are the gentle, finger-picked "Let Your Heart Sing" and this reviewer's overall favorite tune, "To Be Born." The latter features the album's best and most ear-catching hook, with a bass line anchoring the song, electric guitar flourishes and "la la la" vocals floating around on top of it.

Truly, if any criticism could be levied at the album, and it's a small one, it's only that the song runtimes stretch a listener's attention span to the greatest limits. With much of the album having a similar sound, and the track times all approaching five minutes, it will take listening with great intent to appreciate the small nuances that set each song apart. But to be sure, they are most certainly there for those willing to make the investment. All in all, this is a terrific album for personal devotional use, and good for setting a peaceful and contemplative mood. Fans of Young Oceans will not be disappointed, and those looking for some deeper meditative music may just find it here in You Are Fullness. This is a fine way to start the year, and has a great chance of holding top-ten album status in this new music year.

Bands that have instantly identifiable sounds are rare now-a-days, but one listen to the reverb saturated "You Are Not Far" lets you know you've stumbled into the deep end of free-spirited worshippers Young Oceans. Much like comedy, their sound is best suited for those who "get it," but if you do, the pay off is huge. The general theme of You Are Fullness is a longing for deeper communion with the Lord in what theologians call the "now and not yet." Songs like "Can't Wait Another Day," and "I Know You Jesus" exude this longing, a grasping of sorts, as the former cries, "for Your voice, for Your peace, for Your joy," all while recognizing these facets are in the daily present possession of the believer. The desire is to get as close as we can to our Lord until we see Jesus, as Scripture says, "face to face." Turning to the music, this album is very soft, more so then usual for the band, and while their swelling ambience is certainly their shining mark, I'm left wanting one or two up-tempo praise songs to offset it, something in the vein of "Only You" from their Voices Vol 1 album. A few of the songs, most notably the title cut, drags on a minute or two too long, and doesn't have the dynamic changes of past albums. That being said, "To Be Born," "Let Your Heart Sing," and "Heaven All Around" are some of the band's most focused songs to date. As with all of Young Oceans albums, it will take a while for You Are Fullness to sink in, and that's the point. Their humble, intimate approach to worship music is as special as their ethereal sounds. If you're a fan of "soaking" worship music, or even bands like Bellarive or early Mutemath, give You Are Fullness a try. It's also very appropriate as background music for personal devotions or quiet times with the Lord. - Review date: 1/13/21, Joel Zaloum of Jesusfreakhideout.com