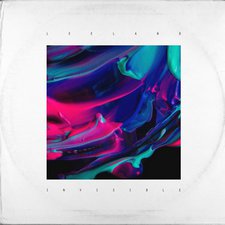 
I still clearly remember the first time I popped a forest green colored CD dubbed Sound of Melodies into my stereo. Leeland's 2006 debut would go on to become one of my all-time favorite records, one of perhaps a half-dozen five-star albums in my collection. Their subsequent release, Opposite Way, was also a brilliant offering. Such melodic and theologically deep passionate worship was flowing out of a handful of teenagers from Baytown, Texas, and I was astounded by each and every release. Over the years, I have been privileged to interview and meet the band more than once, and have found lead-singer Leeland Mooring to be one of the brightest lights in the darkness. The Holy Spirit's presence in his life is beyond apparent, both in person and from the stage.

After they took a five-year break from recording in order to focus on their touring ministry, I was ecstatic to hear murmurs that the band was writing a new album. I grew concerned, however, when I saw the announcement that Leeland had signed with Bethel Music. While many of this label's artists are good, few have the originality or spiritual depth I have so appreciated with Leeland. These concerns increased when I started to realize that the rest of the band had departed with no press release, announcement, or even as much as a Facebook post. With the debut of this latest album, Invisible, the "band" consists solely of Leeland Mooring and newcomer Casey Moore. For those wondering how much of an impact is felt by the absence of Jack, Jake, Mike, and Shelly, wonder no further: it's beyond significant. The instrumentation is almost completely synthetic, with the electronic elements drowning out what once made the band so phenomenal, and Jack's missing background vocals create a real void.

The album's lead single and title track, "Invisible," opens the project (after the introductory "Bells of Notre Dame") with a pop-driven atmosphere. While I found the lyrics for this piece to be surprisingly shallow ("I see You standing in the wind and waves; I'm never alone / You're not invisible, no / I see you walking from an empty grave / You're not invisible, no, You're not invisible, no"), I hoped this was merely a label decision to promote something they thought to be more marketable. "King of My Heart" emphasizes a heavy usage of electro-synth, and the lyrics are even more simplistic: "I have, I have, I have fallen in love / You are all I'm living and breathing for / Every day, every night I have fallen in love / I have, I have, I have fallen in love." While these aren't terrible songs, they feel empty compared to the lyrical genius of Leeland's earlier worship songs, such as "How Wonderful" and "May Our Praise."

"Lion and the Lamb" made the rounds earlier this year as a live song on Bethel's Have It All compilation album. This track functions decently as a corporate worship song, but aside from Mooring's vocals, it doesn't stand out from the myriad of cookie-cutter recordings. "Ever Love You" harkens to the era of Love is On the Move, and is one of Invisible's top tracks. "The War" sounds akin to the more recent style of The Afters, and is at least somewhat catchy (melodically). One of the more refreshing songs on the album is "Son was Lifted Up," featuring Brian Johnson on vocals. This duet provides a decent change of pace, and is an uplifting worship song.

The final two songs, "Beloved" and "For Your Glory" compete for the best tracks on the album. If the electronics were stripped from "Beloved," and it were instead a piano ballad, it would be a truly magnificent piece of art. The lyrics are also quite solid, comparable to the band's earlier efforts: "As I wait, You reveal Your majesty / in the silence, You are singing over me; "You are my beloved / I will take up my cross as I follow You, Lord / I will count all as loss as I wait on You, Lord." The acoustic "For Your Glory" is reminiscent of Mooring's early solo work, and truly helps redeem a less-than-perfect album. The lyrics are simple, yet profound, closing with "we have only one life, and it soon will pass/ and only what's done for Christ will last/ Jesus, You can use me, Lord."

Every fiber in my being wanted Invisible to be a perfect, five-star album, but alas, it fell short, ending up as little more than a run-of-the-mill electronic/pop worship record. In no way does it seem that Leeland's heart and passion for worshipping our Lord diminished; in fact, the band's intercontinental ministry has moved mountains over the past few years. I believe that the extro of one of my favorite songs on the record, "Beloved," summarizes this when Mooring sings out "I see Your people in a room; I hear a rushing sound / every heart is drawn to Jesus as Your spirit pours out." Whenever a band's lineup changes, there is a musical shift of sorts, but with Leeland, this seems to be exponentially magnified. After the release of their first album (Sound of Melodies), their once-wonderful melodic elements and riffs seemed to weaken in quality. After their second record (Opposite Way), the poetic nature of their lyrics took a hit, and the spiritual depth found on Love is on the Move had somewhat evaporated by the time The Great Awakening was released. With each subsequent record, Leeland seems to lose a part of what made their debut so great. I firmly believe that Leeland Mooring is one of the best songwriters in the industry. It's excruciating to be critical of any worship music, especially from an artist who is so passionately in love with his Savior and whom I so greatly respect, but I know that this is far from Leeland's best work. I feel nearly moved to tears even now when I listen to "Carried to the Table" or "Tears of the Saints," and worship flows so naturally from "Beautiful Lord," "Sound of Melodies," or "I Wonder." None of that is replicated on this most recent project. It's beyond obvious that Mooring has the raw talent and ability to once again make unimaginably wonderful and original albums, and I hope that their next studio release will make right the things gone wrong.

In the meantime, for anyone who is not familiar with Leeland's earlier works, I highly recommend seeking them out. You'll be deeply blessed to hear such magnificent praises.

When you haven't heard from a good friend in several years and then you suddenly do, it can be one of two things: awkward or refreshing. Followers of the band Leeland must have anticipated a tinge of that tension when the news came out that the band was releasing a project this year under the Bethel Music label. Thankfully, that pressure can now ease with the release of Invisible. This feels like a celebratory reunion; there really isn't a song on the album to miss. Songs like the title track and "Carry It All Away" offer that upbeat sound that made all of the band's previous albums have an extra punch. Tracks like "King of My Heart," "Perfect Love" and "The War" truly embrace current trends, but in such an appropriate fashion that they don't feel like mere imitations. "Lion and the Lamb" is quite possibly their most easily adaptable song for a corporate church setting, declaring the truth that Christ is not just the lamb that was slain for our sins as our Savior but also returning as Lion: our good king. Witnessing this song sung in differing evangelical denominations has been very impressive as it bridges many doctrinal divides; scripture tends to do that. For those yearning for Leeland's contemplative sound, you will be pleased with "139/Dead of Night" and "Beloved" which are rich with compassionate lyrics and well-arranged instrumentation that match the mood perfectly. Concluding the album is the acoustic "For Your Glory." If you've followed the band from the beginning, or have had the privilege of seeing them perform live, you can't help but acknowledge the simple beauty of lead singer Leeland Mooring's voice; accompany that voice with just a guitar and we may have the kindling for a tent revival. It's amazing to see the band make such an incredible return to music. It's not awkward. It's not repetitive. It's amazing. Leeland Mooring has always been known to weave the Gospel and Biblical principles into his lyrics, but this album has got the writer banging on all cylinders. Worship leaders looking for gospel-infused songs for Sunday morning, sacred songs to sing in private or just to simply enjoy, this album will be what you need. Welcome back, Leeland, let's not wait so long to catch up again. - 7/23/16, Ryan Barbee of Jesusfreakhideout.com

In 2006, teenager Leeland Mooring and his band burst onto the scene as one of the most promising talents in the Christian music industry. Opposite Way was a strong follow-up, but subsequent releases found the band slipping into the background. With Leeland now part of the Bethel Music collective, Invisible finds the band (now a duo) attempting to regain their relevance in the worship music scene. With the album's theme being founded on an idea that doesn't make any sense, little tempo variation from track to track, and the intro and outro being drawn-out, the overall impression of Invisible as a work of art isn't particularly strong--though there are plenty of individual modern worship tunes throughout that listeners may connect with. "Dead of Night" has an experimental electronic vibe, the chorus of "Carry It All Away" has the poppier sounds we are accustomed to from Leeland, and "For Your Glory" has a nice stripped-down acoustic sound, but the rest of the tracks could have been written and performed by many other modern worship bands (though maybe not with the same beautiful vocals). More unique compositions or some of the piercing conviction we've seen on "Tears of the Saints" and "Opposite Way" would have pushed these tracks to greater heights. - 7/20/16, Christopher Smith

With five years between releases and an unfortunate departure of two band members, for most, Leeland's newest record may fall short of expectations. Although the lack of a full band has resulted in a more synth-led (thus more mainstream) approach, Invisible still possesses enough beauty and creative charm to be confidently heralded as one of Leeland's finest achievements. "King of My Heart," "Dead of Night" and "Beloved" are solid examples of the balance between artistry and worship that Invisible manages to pull off. Although the most congregational-friendly songs, such as "Lion and the Lamb" and "Perfect Love" don't offer anything overly innovative, they're still worth incorporating into your worship setlist. Invisible may not be the return to form fans like myself were hoping for, but it's still a solid worship record and well worth checking out. - 8/9/16, Lucas Munachen