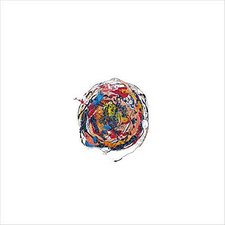 
The best artists are the ones who are willing to take their audience on a journey. This couldn't be truer for the Pennsylvanian act, mewithoutYou. The band's musical journey has stretched from aggressive post-hardcore to folk singalongs and poetic narratives about a train wreck and the surviving circus animals. The band's ambition is seemingly endless and (untitled) tells no different story. The first of mewithoutYou's two-part opus was released nearly two whole months before the full-length LP and, along with the release of the LP's lead single, "Julia (Or 'Holy to the Lord' on the Bells of Horses')," it introduced listeners to a potentially game-changing project. The anticipation was tangible.

It was planned from the start. The minimalistic, airy aesthetic of the ep, paired with the tightly wound ball on the front cover art, was predicted to explode on the full-length record. With all the excitement in the air at the time of its release, it was easy to treat the (untitled) ep as a small and somewhat inconsequential add-on to the record everyone was really waiting for. Yet, with subsequent listens, the "add-on" turned out to be just as well thought through and constructed as its towering counterpart. It presented an entirely new sound for the band, making use of ambient space (the opening to "The Cities of the Plain" and the entirety of "Existential Dread, Six Hours' Time"), electronic elements and, surprisingly enough, a hint of country twang ("Kristy W/ The Sparkling Teeth").

Focusing on individual highlights, "Bethlehem WV" is one of mewithoutYou's most confidently lighthearted cuts in years despite its subject matter honing in on uncertainty and doubt ("To which shepherd's field did which angels descend? / And what's this about eternal non-existence at the end? / A stranger's face appeared--they say he lost his mind (or too much found his mind?) I hear it all the time"). "Dirty Air" reveals hints of the full-length's post-apocalyptic sound with its striking yet barren instrumentation and sombre subject matter (the cryptic lyrics hint at the death of Aaron's father and the struggle of letting him go). "Cities of the Plain" begins in a meditative state before building to a dramatic and incredible conclusion. Finally, the aforementioned "Kristy W/ The Sparkling Teeth" is a delightful way to close out the ep, proving that even in unfamiliar territory the band can still pen a remarkable tune.

On its own, the (untitled) ep doesn't quite stand up to the band's best work. It isn't even all that strong as a standalone project as it often feels like a collection of songs that didn't fit on the main record rather than a fully realized project. But on a song-by-song basis, this appetizer was everything it needed to be and it prepared listeners for what could potentially be mewithoutYou's defining work.