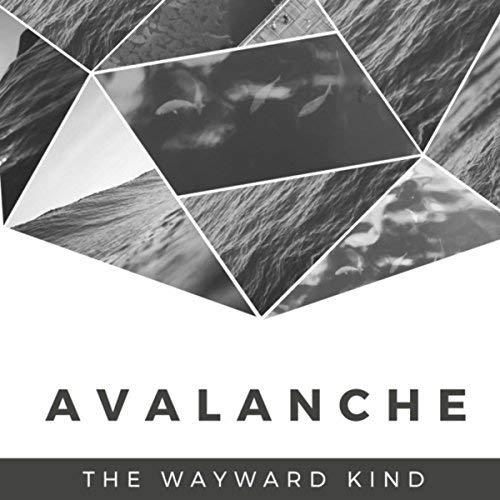 
The state of Kansas isn't well-known for its citizens forming famous bands. A few bands have gone on to make something of themselves, such as Pillar, Abandon Kansas, and...well, Kansas. All that being said, there is no shortage of musical acts in the state, as Hutchinson-native Jeremy Stokely can attest. Under the name The Wayward Kind, Stokely has begun writing and recording songs that he wrote while deployed in the Middle East. His latest album is the Avalanche EP, which features five songs that cover a few different genres. The best description for The Wayward Kind's sound would be acoustic rock; electric guitars aren't completely absent from the mix, but they play a relatively minor role in the grand scheme of the sound. In general, Avalanche is almost like a collection of rock ballads, like "Scandalous," which would make a great softer moment in the middle of a hard rock album. However, this is also an example of a song that would sound great as a harder rock song, much like most of this album. With the songs in an acoustic format, Stokely ends up singing in a breathy voice, noticeably holding himself back, when it's likely that he has a strong voice. Though the acoustic setting does provide some more intimate moments (and even some nice guitar work, like in "Moment"), I'd love to hear him belt it out over a crunchy guitar riff. The last two songs of the EP also hold the EP back a little, each for a different reason. "Invincible" recalls Stokely's time in the Middle East and the difficulties associated with it, but the verses are rapped instead of sung. It's vaguely reminiscent of early Mat Kearney, but Stokely's flow is fairly basic, and it seems a little odd in the context of the EP. "Chariot" goes back to singing, but the reserved nature of the vocals makes them sound a little weaker here. Additionally, the lyrics are sweet and would obviously mean a lot to the recipient, but they aren't objectively strong lyrics ("She's my home when traveling, she makes me well, she's medicine...She is fire, she burns my soul, she is rock and she is roll"). Overall, there's more to like about The Wayward Kind than not. I would love to hear future releases feature perhaps some heavier instrumentation, shying away from strictly acoustic material, while Stokely develops his vocals a little more. But despite its imperfections, Avalanche has some great moments, and makes for an interesting release.
- Review date: 7/5/18, written by Scott Fryberger of Jesusfreakhideout.com