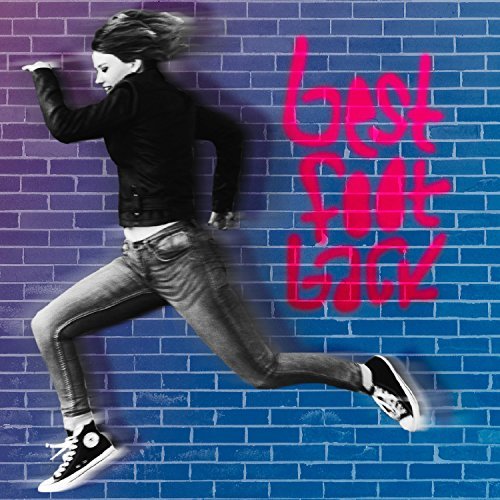 
The early and mid 2000s were a great time for music, and pop punk was responsible for some of the best albums on the market. The past couple years has seen a resurgence in the pop punk scene, thanks to outlets like Indie Vision Music. One independent act trying their hand at the genre is the Columbus, Ohio-based quartet Best Foot Back. The band's self-titled debut EP features five songs that really emphasize the "pop" in pop punk. The lyrics are generally pretty fun-loving, such as the love song "Less and Less" and the reminiscent feel of "High School Years." However, the band also shows its serious side. "Don't Wanna Lose You Tonight" explores how it feels when you think a relationship might be coming to an end, and "The Paradox" finds the singer acknowledging his need for God when he's made a mess of things. The poppiness is most reflected in the music, though. The pop punk guitar riffs and higher tempos are in place, but Best Foot Back takes the route of bands like Eleventyseven and Bowling For Soup, with a saccharine-fueled sound that doesn't quite match the energy and rock sound of bands like Yellowcard, Slick Shoes, or Side Walk Slam. This overly poppy style of pop punk certainly has its place, but fans of the latter bands will have a hard time getting into the music. But if you like your pop punk with less edge, this might be the band for you.
- Review date: 1/19/18, written by Scott Fryberger of Jesusfreakhideout.com