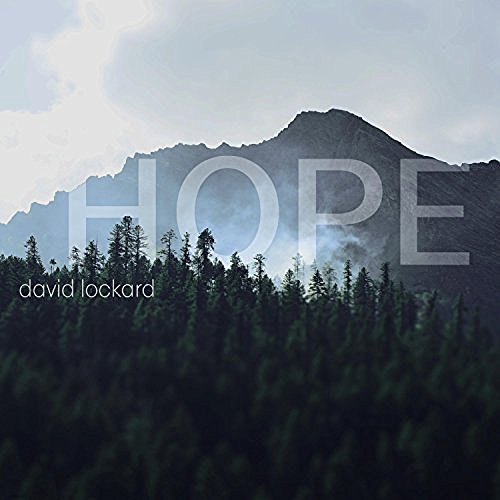 Working on his musicianship since high school, David Lockard eventually went on to become the worship leader at his home church. In his free time, he also wrote several of his own songs for the congregation. Ten of those songs have found their way onto Lockard's latest worship album, Hope. Lockard's style is a bit of a conglomeration of different styles, but they all mostly center around a contemporary/pop rock core. "Like Christ" has a bit of a Celtic melody and rhythm, sounding a bit more like one of Rend Collective's upbeat tunes. "Saving Grace" may be the most abstract of the tracks here, with a more relaxed atmosphere and some nice, independent guitar melodies that vaguely remind me of indie rock bands like Abel. Lyrically, Hope is a rather safe album, with songs that focus on praising the Lord or His love for us in a very direct way. The title track, specifically, sounds like it would make for a very popular Christian radio single, as Lockard sings about the hope for all that's found in Jesus: "When our fears start to dictate who we are, when the hurt overwhelms our broken heart, there is hope that embraces sadness, hope that holds us tight, there is hope in the name of Jesus Christ." The album also features a call for the Church to look like its Savior ("Like Christ"), a desire for intimacy with Him ("Your Whisper"), and even an adaptation of the children's song, "Jesus Loves Me," changed to "Jesus Loves You" and directed at the listener. On an interesting note, Lockard's vocals sound like he would be right at home as the lead singer of a late 90s/early 2000s pop punk band. I definitely hear traces of Mike Middleton (Hangnail) and Will Holland (Holland/The Lonely Hearts), and would love to hear Lockard in a setting like that. But as it is, David Lockard's Hope is a worship album that can surely be enjoyed by many a pop rock fan.

All profit from the sales of this album goes to support Masons Place, a home and school for abandoned children in Rajasthan, India. For more information, check out davidlockardmusic.com