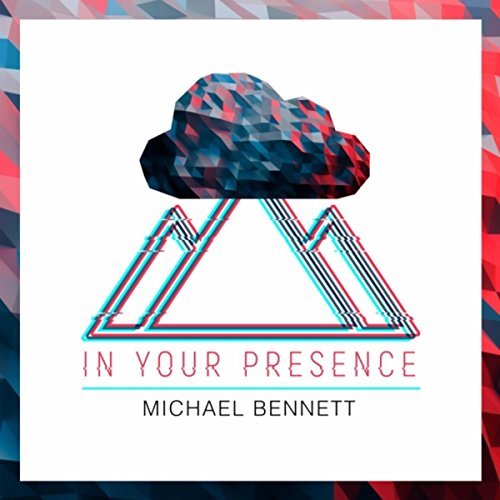 Michael Bennett
In Your Presence EP

A relatively new believer in Jesus, giving his heart to the Lord in 2013, singer/songwriter Michael Bennett has already been treading the waters of the independent Christian music world. He released his first solo worship album, To Live Is Christ in 2015, and he now has four brand new songs to offer up, collectively known as the In Your Presence EP. "To My King (Hallelujah)" opens with an almost country ballad sound; it's a surprisingly slow song to have chosen as the opening track. The country sound becomes very minimal once the song gets going, but it never really picks up. On its own, the slower pace makes sense, given the intimate nature of the lyrics, as Bennett sings to Jesus, longing for the day he gets to see Him face-to-face. "Enough" changes it up, bringing in a synthy, dance pop flavor that's energetic without being a full-on dance song (imagine a tamer Hillsong Young & Free). While "Enough" is almost entirely electronic, "Psalm 63 (In Your Presence)" maintains the electronic vibe, but brings in some real instrumentation for a more pop rock-driven tune. The song stands out from the EP as one of the strongest offerings, as Bennett - as the title implies - conveys the joys of being in the presence of the King of kings. Capping things off is another slower song, the worshipful "Here I Am." The song starts as a tender ballad, with Bennett playing the servant coming before his master, and the instrumentation builds up with a bridge and final chorus that feature heavier synth and even a guitar solo. Though I might have started the EP with a different song, the ending is pretty perfect. In Your Presence is a solid pop/worship EP that will be enjoyed by fans of artists like Chris Quilala and Hillsong Young & Free. - Review date: 5/4/17, written by Scott Fryberger of Jesusfreakhideout.com