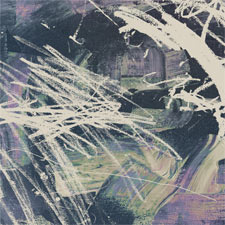 
It's never too late to start a music career. Describing his music as a "midlife crisis with a bit of optimism," Nathan Wheeler kicked things off last spring with a self-titled, three-song EP (or six, if you count the bonus tracks on Bandcamp - this review, however, will cover the three standard tracks). Wheeler's style is pretty tame, but nonetheless seems to take a lot of influence from artists like Bruce Springsteen and The Killers, most noticeably the Americana rock & roll guitar tones, but occasionally in the vocal style as well. But instead of upbeat tracks like "Born in the USA" or the driving rhythms of "Mr. Brightside," all three of Wheeler's tracks have a much slower tempo, generally taking their time to really get going. While this does allow the songs to breathe a bit instead of smacking the listener upside the head with a barrage of ideas, it can be a bit wearisome at times. However, in contrast, the four-and-a-half minutes of "Some Advice" are utilized well, building up quite nicely with layers of sound and not even feeling like it's that long. Lyrically, the "midlife crisis" descriptor comes into play, as the songs do spend time reminiscing on the past, specifically getting past mistakes and the tougher times in life. "Better Day Now" is the prime example, with Wheeler thinking out loud, "When I go to bed, I think about what could have been / change this all around and start again / but there is no going back / it all happened and there's no take-backs / I'll live with what I've done and face the facts / everything is undone / hey now, we might find a better day now / one foot in front of the other / hey now, we might find a better day now / one hand stretched to another." I should also point out that he does use the term "half-*ssed" in this song; it's clearly not meant to be vulgar or insulting to anyone in particular, but some may find it offensive. But in the end, Nathan Wheeler's EP is a pretty decent start for the musician. It might not turn many heads, but it shows that Wheeler has a ton of potential.
- Review date: 8/10/22, written by Scott Fryberger of Jesusfreakhideout.com

Nathan Wheeler is putting himself out there and it's to be commended. It says something about a person when they are willing to leave the safety of the consumer and/or critic to put their creative expression out into the world. As such, I'm a fan of first attempts. Of course, all first tries don't soar to the top of the charts, but they do provide a start, putting you on the map. With his debut EP, the journey has moved from theoretical to actual. With these three singer-songwriter tunes, Wheeler makes his introduction, and while there are plenty of rough edges (pitchy vocals, and some cliches in the lyrics), these are sincere songs with an agreeable charm. The chorus of the opener, "Better Day," has a militant drum beat that serves the song well as it builds big toward the end. "Some Advice" seems influenced by artist John Mark McMillan and the gang vocals and lead guitar line show a good fit for the potential direction of future releases. All in all, this is a fair beginning with room to grow. - Review date: 8/10/22, written by Josh Balogh of Jesusfreakhideout.com 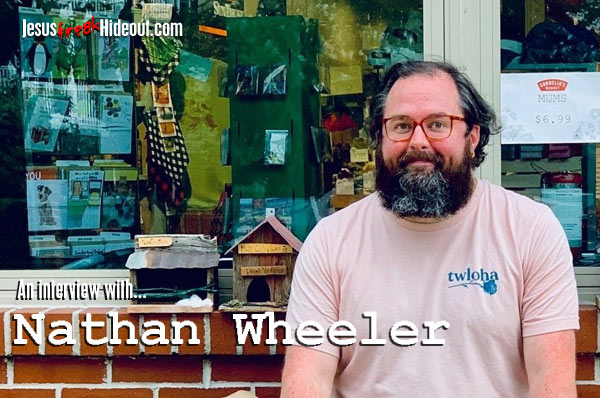 Nathan Wheeler: That phrase seemed to fit what I'm writing and exploring and where I am in this stage of life. It was also at the end of 2019/beginning of 2020 so there was this feeling of getting older, the world getting harsher, and where will this all end up.

Nathan: When I was writing these songs all of them were just me and my acoustic guitar. So when we were in the studio and layering all the different instruments there were times when we would play it back and I missed just hearing it that way. So as I was getting things together I started to peel back the layers and thought these versions represented that time of just me in my living room hearing these songs for the first time.

Nathan: I put out a demo of a song called "Forbidden Fruit" that will eventually become a part of an EP or full-length. I've got five songs in that demo phase now and hoping this winter to get those completed.

Nathan: I think there is hope. It exists. Even when our world seems cruel. But it has to start with being real and honest. For years I never shared any of the things I wrote out of fear or rejection and it got to a point where I didn't know how else to express what was going on in me so I let go of those fears and leaned into hope.

Nathan: It's funny you ask that. My favorite band is Zao. And lots of my favorite music is aggressive/loud and that's obviously not how my music comes out. I always wanted to have a sound like that but that's just not what comes out of me. Beyond that though I love all types of music and artists from mewithoutyou, to Rufus Wainwright, to Manchester Orchestra, to Sigur Ros, to Phoebe Bridgers.

Nathan: I've spent years working with younger people and recently wrote a book that explores expanding theology in youth ministry. If that is something folks are interested in they can check out the book online at https://theyouthcartel.com/product/a-faith-of-their-own/