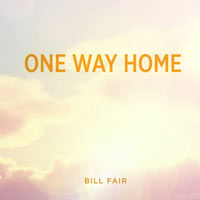 Bill Fair is an independent pop artist looking to make an impact on his listeners while he honors the Savior though his music. Bill started writing his own lyrics a few years ago and the One Way Home EP is a collection of some of those songs. The first half of the EP is upbeat pop tunes, but the album shifts to a slower and more introspective sound in the second half. "Peace" is a super poppy song that encourages one to dance and features a pretty fitting rapped verse in the latter half of the song. The title track keeps the upbeat pop vibe going with a song about how much brighter the world is with Christ, despite the troubles of the past. "Bright Light Big City" introduces a more contemporary song with a pop/rock feel. The lyrics explore the imagined beauty of Heaven a-la something like "I Can Only Imagine." "Talk to You" keeps the pop/rock sound coming, but is the last song before the slower half of the EP starts. "Sweet Surrender" is the first of the slower songs on the EP and talks about surrendering your life to God's will. "Still" is a piano ballad and may be the best song present on One Way Home. Fair sings, "When the world's gone crazy and I can't break though. When the fire is fading still there's You. When my heart is empty and I can't go on, there's a reason to be still; there's You." "Be Still My Soul" is the final original song on the EP and has an almost gospel quartet type of sound for a large portion of the runtime. For the final track, Fair revisits "Sweet Surrender" with a remixed version of the tune. With strings, more pronounced drums, and background vocals, the song definitely has a completely different feel, however, the original version carries a little more weight. Bill Fair's One Way Home EP isn't a perfect venture, but there are some nice pop and worshipful moments present. While Fair is still discovering himself as a songwriter, his EP still has the ability to provide some enjoyment to pop music fans. - Review date: 5/23/17, written by Michael Weaver of Jesusfreakhideout.com 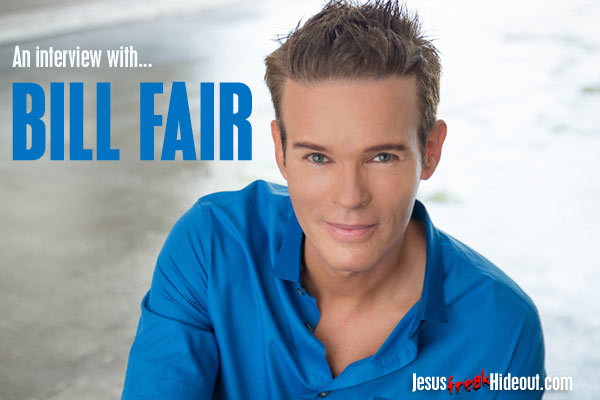 Bill Fair: I decided 2 years ago to write my own music, which I had never done, and to make an album. Thankfully, I have a good friend who is also a producer and I also am lucky to know some amazing musicians who helped with the songs. Once I wrote the first one, I was hooked! Just a great way to express what's really going on in my life.

Bill: I listen to contemporary Christian radio all the time and draw inspiration from those guys. I think Matt Redman, Chris Tomlin and Danny Gokey are amazing vocalists and songwriters.

Bill: Thanks! My friend Quincy Jones (not "THE" Quincy Jones) from my church did the rap.

Bill: A good friend of mine from law school passed away unexpectedly at 30. She was married and had a baby. It was devastating. I wanted to write a song imagining what it might have been like for her to get to Heaven and meet Jesus face to face for the first time. It helped me get through that very sad period.

Bill: Yes, the original was slower. I have a friend who used to be in a boy band and had the idea of remixing it with no instruments, only vocals, except for a synth every once in awhile. I really just remixed it for fun.

Bill: Yes, I just sang the National Anthem for the Atlanta Braves and will be singing with them again soon, as well as performing the anthem for other college and pro sporting events. I am also performing this weekend with Capitol City Opera at a church in Marietta. Please check my Facebook page for details about these and other things coming up.

Bill: Whatever He wants! I just love to sing and make music. I hope it connects to people and points people to Him.