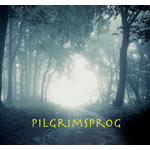 Inspiration and influence are heavy within CCM. Pointless and meaningless songs are scarcely heard and that's a good thing. For indie artist Pilgrimsprog, the brainchild of multi-instrumentalist and vocalist Scott Miller, there is no doubt that John Bunyan's The Pilgrim's Progress heavily influenced him, as he released his debut album, Pilgrimsprog. The album is broken up into two parts, much like Bunyan's story, and is reflected very creatively through utilization of fusing genres. The first portion of the album (from "Dream" to "I Believe") leans more towards a bleak and minor chord sound. "Overture" splits apart the two parts with a beautiful piano solo and gives a clear representation of change. The second portion of the album (from "Beautiful" to "Compline") sounds more hopeful while still reflecting the confrontations that the literary protagonist, Christian, faces. For a creative interpretation of a beloved story, it's an honest and a noticeably heartfelt effort. Musically, the album is a melting pot of styles that fans of Sufjan Stevens' instrumental work might really enjoy. Lyrically, the album is telling a story, much like a rock opera, so listeners should expect a loose structure but one that is clearly moving in a solid direction. Pilgrimsprog may not be a good fit for some listeners; but for creative storytellers and experimental instrumentalists, they might find something really interesting with this album. - Review date: 6/23/14, written by Ryan Barbee of Jesusfreakhideout.com 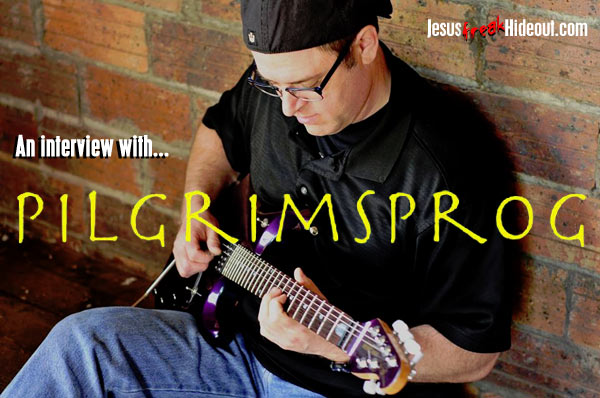 Scott Miller: In 2005-2006, my songwriting partner and I were starting to write prog songs for our band. I had recently picked up the Euro prog band Ayreon's Human Equation CD, where each person in the story is sung by a different vocalist. I was reading Pilgrim's Progress, and I envisioned it as a prog epic with multiple vocalists.

I started writing demos of the first few songs. "Dream" has a chorus that says, "Is there a God in heaven, is there life after death? Is there a purpose in this life?" My friend said "you will never be able to play that at a Christian event or a church!" And the band decided that the song was too elaborate to do with our band mates and equipment. So I went off and finished it as a personal project.

Scott: If it was my walk/life, I hope Evangelist or Gatekeeper would be who I would see repeatedly on the journey. In reality it would probably be Worldly Wise Man beckoning me off to the Detour. ("Detour" is a song on my second CD - "Do You Have Thanatophobia?". I include the song in the live set after "SOD" and before "Gatekeeper.")

Scott: "Celestial City" has a lot of orchestration, choir, and is 10+ minutes long. Most challenging instrumentally. Some of the other songs were difficult to finish, such as "Seek the Gate," which I rewrote about three times. The whole project took 4 years to write and record, from 2006-2010. There was a bleak period of about 8 months in the middle of that time where no one seemed to "get" it and I wasn't sure that I would finish it.

Scott: Ayreon, as said above. Neal Morse is one of the biggest influences. His "?" album is amazing. Who would have thought that someone could write an album about the Tabernacle! "The Temple of the Living God" song from that album gets me every time. I have worn that CD out twice. Dream Theater is a huge influence. "Dream" and "SOD reflect that.

Scott: I think that prog is the perfect vehicle for sharing faith. It allows grand themes, it is instrumentally interesting, and it seems to have depth, and intrigue people more than praise songs. The audience is different. I play these songs live, just me, a bunch of pedals, and a guitar synth. I play something on synth, lock it in and play over it. It allows more instrumentation. I play mostly non-Christian venues. And acknowledging people where they are - "is there a God in heaven?" - is honest, remarkably empowering, and gains credibility to be able to answer that question later in the set or one on one.

Scott: From history, it would be Martin Luther. I am intrigued how he was so spiritual, and yet so conflicted and depressed. From the present it would be Neal Morse. His courage to go solo as a Christian artist when there really were no Christian prog bands (with very limited Euro prog exceptions) is just amazing. His humor is quirky, almost British comedy in nature, and I can relate. I really respect him and I own all of his material.