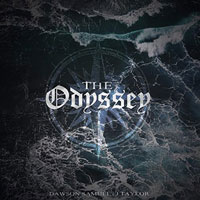 
Dawson Samuel and J Taylor are two new artists that have come together for a collaboration album, entitled The Odyssey. It's a smaller offering than the name implies, boasting only four tracks, but it's a tight release that shows great chemistry. "When I Doubt" opens the EP on a high note, giving the album a contemplative and even slightly cinematic tone. It's immediately obvious that the production, all done by Dawson Samuel, is top notch. They shift gears on "Parabellum" to what you might typically hear in a modern hip-hop album from Reach Records, with heavy bass and synth-led melodies, and continue a similar vibe for "Benchwarmers" and "Gideon." Both Dawson Samuel and J Taylor have good flow and strong diction, making for an engaging listen that, altogether with the fantastic production, makes for ear candy. Thematically, "When I Doubt" is a standout track in that it delivers a message of being stuck in a metaphorical storm and drowning in doubt. The other three tracks act as an emergence from those trials, centering around being hard-working underdogs in the music industry. Clever puns like "You guys are worshiping idols / I'm sorry, but I gotta bail" from J Taylor and earnest lyrics like "Prayed for rain, but it washed me out Wasn't ready, not for that amount" from Dawson Samuel show promising songwriting capabilities. The varied song structures from track to track is another strength of the album -- "When I Doubt" has a traditional rapped verse / sung chorus to complement the moody pop/hip-hop style, "Parabellum" is simply two long verses, one delivered by J Taylor and the other by Dawson Samuel, and "Gideon" even finds the two artists trading off choruses. Overall, The Odyssey comes especially recommended for fans of NF, Andy Mineo, Social Club Misfits, and Hulvey.
- Review date: 6/1/20, Christopher Smith of Jesusfreakhideout.com