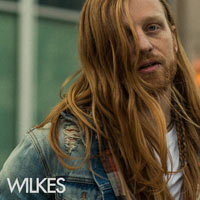 
Jason Wilkes has always been a master of genre jumping--he started off his career as the lead singer of the alternative rock band High Flight Society from 2001 - 2012, became the bassist / backing vocalist for Disciple (2012 - 2015), and transitioned to pop/rock when he went solo in 2015. After a recent stint on NBC's The Voice, Wilkes is following up with a five-song pop/country album simply titled Wilkes EP. To those who followed him on The Voice, or know of his position as a staff writer for country music publisher Dan Hodges Music, this new direction into pop/country makes perfect sense. The Wilkes EP consists of four original songs and a cover of No Doubt's "Don't Speak"--the final song he performed on The Voice. The whole EP is themed around romantic relationships ranging from a breakup song ("Don't Speak") to a traditional love song ("Good To Be Us"). There is a lack of thematic consistency or overarching story that is forgivable in an EP, though his No Filter (Part 1) EP from last year did manage to accomplish this. The EP largely sticks to lyrics and structures that have been done before in pop/country, though it's all done really well and thoroughly likeable. Each track has its own strengths--for example "Don't Speak" has the best vocal performance, "Good To Be Us" has the catchiest melody, the slower "Not Like That" has the most engaging story, and "Jealous of the Night" is based around a unique metaphor. Overall, the Wilkes EP is enjoyable that really highlights Wilkes' unmistakeable voice.
- Review date: 7/22/18, written by Christopher Smith of Jesusfreakhideout.com