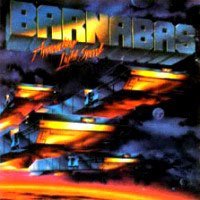 Some people call us wolves in sheep's clothing
They don't like the kind of music we play
"Dropped out of school, a pack of lazy young fools
They haven't even combed their hair today"
I have no intention to cause an intervention
In the way its thought my life ought to be
But why not take the time to walk a mile in my shoes
And you will see the way this world looks to me
And we've never felt better
Not looking back; got no tome to back track
Never better
And it still doesn't matter what they say
Rock and roll is here to stay
Stabbed in the back by a few we once trusted
Then left to bleed alone in the dirt
Unfounded lies behind innocent eyes
Without a thought about the ones that were hurt
This may be a disappointment, but we're not dead yet
It doesn't matter anymore what they say
'Cause the truth's in the music, and the music's in me
So I guess that means we're here to stay
And we've never felt better
Won't get embroiled in a fruitless turmoil
Never better
'Cause no matter what the critics might say, rock and roll is here to stay
Fame is a liar and a silver-lined hole
It says compromise is quicker to pay
Strike a vinyl gusher, let the good times roll
There's mammon in the message today
Still its all gonna burn, every cent that is earned
And its only just a manner of time
But with innocence dead, there is conflict instead
When 'Spirit led' becomes pantomime
But we've never felt better
Straight for the sky baby, do it or die
Never better
And its ok to be this way
'Cause rock and roll is here to stay