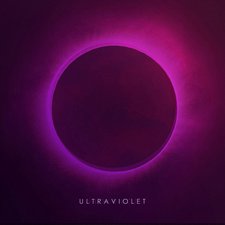 Ultraviolet - EP
by My Epic

Maybe so, maybe no one knows and all we have is hope. Maybe so, but then whod know?

We search for all our lives, it stays just out of sight. Somethings in the light, will only show in ultraviolet.

Tell the truth, its the colors not the shapes that haunt you. Close your eyes, they still bleed through.

I searched for all my life, it stayed just out of sight. With nothing left to try, I stared straight at the light. It burned out both my eyes. I was caught between two nights, death and waiting blind, but I finally saw in ultraviolet.


My Epic is Aaron Stone, Jesse Stone, Tanner Morita and Jeremiah Austin All songs written and performed by My Epic and Nate Washburn Extra backing vocals by Missy Stone Recorded at Glow in the Dark Studios Produced by Matt Goldman and Nate Washburn Engineered and Mixed by Matt Goldman at Glow in the Dark Studios in Atlanta, GA Mastered by TW Walsh at TW Walsh Mastering