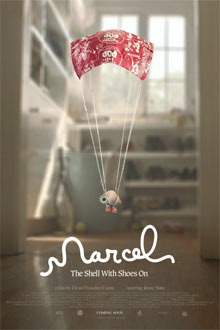 Marcel the Shell with Shoes On

Earlier this week, I was looking at showtimes in the interest of taking my 11-year-old son to the movies when I found the odd title, Marcel the Shell with Shoes On, intriguing. I had never heard of the film, but the details showed an almost perfect score on Rotten Tomatoes, and a nearly just-as-glowing reception from audiences. I pitched the idea to my son, and he seemed very skeptical that it could be any good. Still, I convinced him to give it a shot and we both ended up leaving the theater pleasantly surprised. 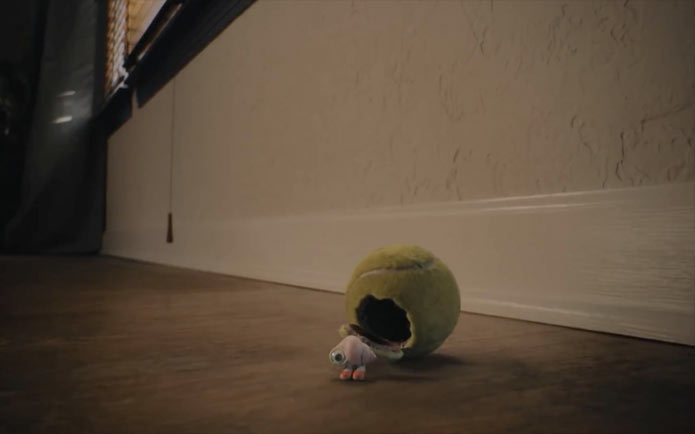 Marcel the Shell with Shoes On apparently debuted as a short film in 2010, with Marcel voiced by actress Jenny Slate. A sequel short film debuted in 2011, with another following in 2014. And in 2021, the talent behind the shorts decided to work on a feature-length film, appropriately titled Marcel the Shell with Shoes On. The film's story revolves around a one-inch tall shell named Marcel that is given the spotlight when a documentarian moves into the Airbnb home the shell resides in. The movie is entirely presented as if it is the actual documentary movie made by the director, Dean Fleischer-Camp, who also stars in the film as himself. It's a unique take on the story, and it follows life through Marcel's wondrous eyes. His daily life is a bit mundane, but Marcel sees beauty in the most ordinary things, and it becomes infectious. Fleischer-Camp uses soft music and lengthy shots to give the movie a pensive and peaceful feel. When the movie was over, my son even commented how calming the movie was to him. 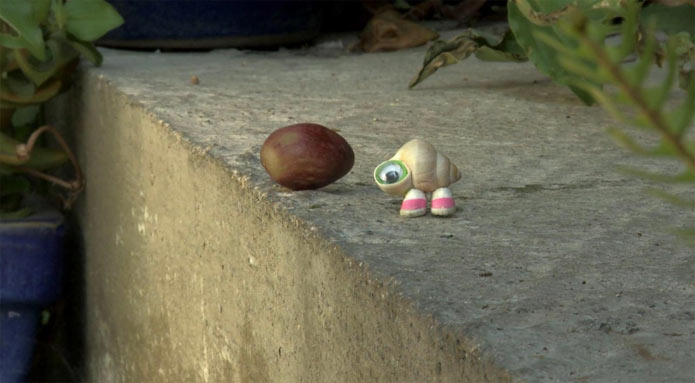 Marcel's story is a rather sad one, as he recalls how his entire family - except for his grandmother, Connie - were taken away when the couple that had lived in the house earlier packed their things and left. When some of Dean's shorter videos about Marcel are uploaded to YouTube, they go viral, even garnering the attention of Marcel and his family's favorite TV show, 60 Minutes. Hope is then ignited that his family could be found, and it becomes a bit of a more lively adventure for Marcel.

Unfortunately, a good story isn't without its fair shake of drama, and there are some heavy topics covered in the movie. First off, Marcel really struggles with his solitude (even though he does have Connie), and he expresses his heartache to Dean and the camera. The reason for the family leaving Marcel's home a couple years earlier was because the couple fought a lot and eventually split and moved out. We also learn that Dean is staying there because he, too, is coming from a relationship that didn't end well (it's never said if it was a marriage or a dating relationship, though). Finally, Marcel does have to deal with and process death, and that sequence is pretty heavy to take in. It's handled really well, but it is definitely emotional.

While the world of Marcel is a weird one - he and his family are talking shells after all - it gives viewers a different perspective on life, from overcoming the challenges of living alone, being small, to simply finding the beauty in something as ordinary as a gentle breeze or a falling leaf. Marcel may be alone a lot of the time, but the presence of Dean is felt as he tries to document Marcel's daily routines and the two often converse. Sometimes Marcel pulls Dean reluctantly into the fray, while the filmmaker tries to stay out of it. But the best moments are usually when the two are interacting, and they become some of the movie's sweetest moments. The two end up helping each other a great deal in the long run. Also, as odd as it might sound for someone who seems like they're primarily just a director, Dean Fleischer-Camp's performance is actually really authentic and believable. It really feels like Dean is just a guy making a documentary while hiding out in a rented house. Marcel's character appears to be almost entirely stop-motion animation, with his mouth most likely being CGI on top of it. But the execution is amazing, and it's all seamlessly blended into a live action setting. Other creatures, like beetles, spiders, and Marcel's family, are all stop motion as well. It's an impressive use of the technology, and I'd love to see a making-of featurette about how they pulled it all off. Jenny Slate reprises her role as Marcel, too, giving him a cute little voice that sounds a bit feminine, but works really well for Marcel's size and sweetness. 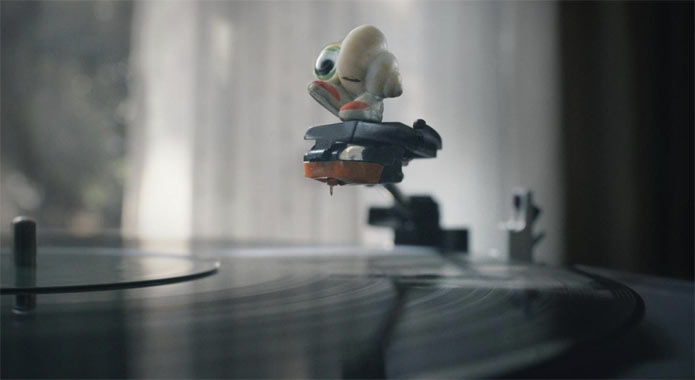 The content for Marcel the Shell with Shoes On is quite light. The only profanity is some mild uses of "Oh my G-d" and "Oh G-d," but they come from Marcel in an exclamatory way (and aren't meant to be offensive). Otherwise, there really isn't any sexual content or significant violence. The aforementioned death isn't shown and is handled in a relatively delicate manner. However, the character is shown with a crack in its shell (with a hole in it) and being visibly suffering from their injuries. My son is pretty sensitive about this kind of stuff, so I was surprised at how well he handled all of it.

Marcel the Shell with Shoes On is really a wonderful little surprise. I'd freely recommend it to just about anyone. It's definitely not everyone's cup of tea, though, since it's quite a quirky outing, but it's heartwarming, cute, funny, emotional, and thought-provoking.

Sex/Nudity: We see an object that someone on IMDb describes as a tampon unwrapped with a string hanging from it, but if anyone has never seen one before (like a child), they would never know; Marcel innocently talks about collecting thicker hairs found in a shower drain that he calls "hard hairs" (which are basically human pubic hairs)

Violence: There isn't any significant violence. A shell falls (we don't see the fall) and gets a crack in it. Another character tries to nurse it back to health; A shell character dies (we don't see it dead, and we just see it walk off and fade into nothing) Disclaimer: All reviews are based solely on the opinions of the reviewer. Most reviews are rated on how the reviewer enjoyed the film overall, not exclusively on content. However, if the content really affects the reviewer's opinion and experience of the film, it will definitely affect the reviewer's overall rating.