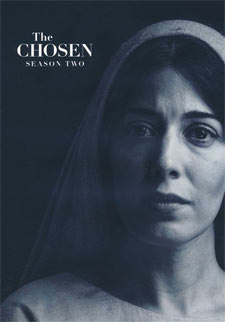 A charismatic fisherman struggling with debt. A troubled woman wrestling with demons. A gifted accountant ostracised from his family and people. In this ground-breaking first season of The Chosen see how Jesus reaches each of these and more as He works His first miracles and embarks on His ministry to change the world. See Him through the eyes of those who knew Him. (from IMDb)

The Chosen has a rather epic story to tell, even before the first image of an episode comes into focus. Born out of a devastating career setback by creator Dallas Jenkins, the pilot episode of the series came along during the Christmas season five years ago in a simple film about the shepherds that Jenkins made for a Christmas service for his church. From that humble beginning (fitting for a story centered on a humble messiah, born into poverty in a backwater part of the world at that time), The Chosen has grown steadily into a global phenomenon that is funded by the masses and has made its way into many other countries and traditions (and now all the way to NETFLIX).

But an inspiring origin story would be a hollow thing if the series itself were not excellently done, and heartfelt and illuminating all in one package. Season 1 was a great surprise, with a wise eye turned onto the story of the disciples and the many varied characters surrounding the messiah. In a bit of a nod to The West Wing, Jenkins and his fellow writers mainly focus on the lives of those around the central figure, and His impact on their stories and lives. By shifting this focus, the actual impact of Jesus' screentime is maximized. And the wonderful actor Jonathan Roumie gives Jesus a grounded-yet-mysterious edge that might go down as the best representation put to film. 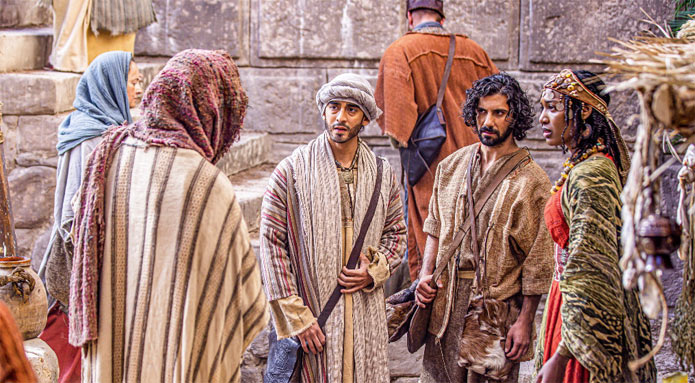 Season 2 slows down the storytelling a bit from the Season 1 pace but is no less engaging in the process. With a deep focus on conversations and the everyday ramifications of leaving it all to follow the Messiah out into the wilderness, the season is a slow burn for overall narrative arc, but a master class in how to film a rousing discussion and a wonderful bit of writing for a clever actor to dig into. The best moments here are the small ones (much like one of Dallas Jenkins' favorite shows, the moody and soulful Friday Night Lights), like the heartbreaking and wordless episode intro to "The Perfect Opportunity" (episode 2) that does more with images, music and creative acting than could be done with some one-hundred-page scripts.

It's these collections of small moments that give Season 2 its power and reward the patient viewer. Episode 3 (titled "Matthew 4:24") really only shows one day in camp early in Jesus' ministry, with Jesus not even in the episode till the final two minutes. But it's the sparring of the disciples amongst each other as they settle into the day-to-day groove of life without a home base that is the main feature on display. Indeed, in their theological conversations and debates, Jesus is ironically forgotten about as he is actually the one out ministering to the crowds. This sort of sly storytelling and slight sermonizing (how often do the followers of Jesus get lost in their debates and posturing and fail to remember the direct action to love others Jesus called his followers to take?) is not telegraphed in the way that most religious film or TV projects are and is both a relief and a joy to process. With a loose, season-long narrative arc of Jesus preparing for the Sermon On The Mount, the writers' creative and reverent weaving of those world-changing ideas that Jesus presented into each of the character's story journeys leads into the season's most virtuoso moment where Jesus recites the Beatitudes while a flashback of the season shows each disciple acting out that principle. This sort of brilliant, small moment hits hard as a season culmination and brings those ancient words to life in front of the viewer. Add to this the fine cinematography (Jenkins and crew really know how to film an evening and morning sky) and epic music, and small moments become bigger than their individual parts. 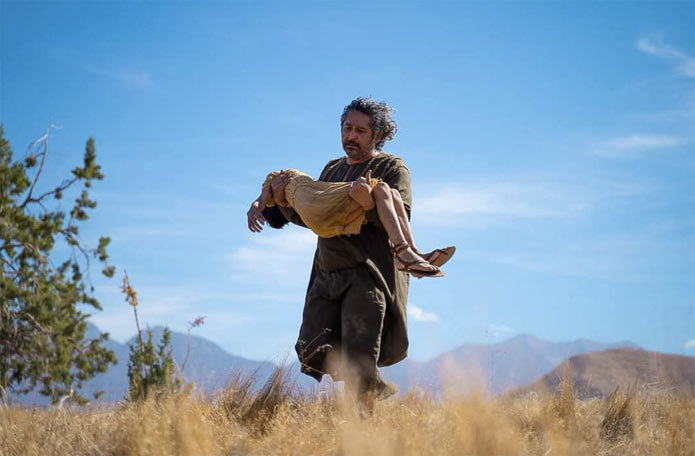 With the show now finding its first season on Netflix beside such luminaries as Stranger Things and A Series Of Unfortunate Events, there is a great hope of many more viewers (aside from the impressive body of fans the show has already cultivated) being impacted by this excellent presentation of the gospels. The Chosen is in rarified air these days, for a show with such humble origins. But with the compelling and excellent Season 2, Jenkins and company have shown that they are up to the task of translating the greatest story ever told into a bold, compelling, and essential viewing. With Season 3 on the close horizon, here is hoping and praying this creative streak continues for seasons to come.