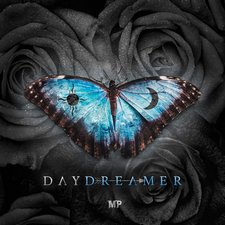 
Fresh off of last year's deluxe edition of Adventure, Matthew Parker returns with his signature EDM infused pop tunes with Daydreamer. Since his independently-released debut Meet Your Maker in 2013, Parker has been churning out albums at a high pace, dropping new records in 2014, 2016, and the deluxe release in 2017. It should come as no surprise then that he is ready with sixteen new songs on Daydreamer, but will he be able to vary the sound from past albums enough to keep his songs from running together? And will he be able to accomplish this without departing too far from the tight production and musical style that fans have become accustomed to? The answer to both questions is mostly yes. Although there is some filler on the album, he largely succeeds at expanding his sound enough to keep things interesting.

The opener, "Alice," is a highlight of the album, an a cappella approach with a vocoder being utilized to give it a self-harmonizing effect. It works well as an invitation into the mind of Parker and the journey that he seeks to take the listener on. The first single from the album is "Breathe," and it sails along to a pleasant beat with the lyrical encouragement, "I'm never gonna leave your side/Whatever battles you fight/So set your fears aside/Just breathe/Keep your head up you're never alone/When you're lost and/You're farthest from home/I'll be there, don't be scared/Don't you know? you're never alone/Just breathe." The next track of note is "Braver," which takes a more straight ahead pop approach in the verses, only to kick into a very hooky, ear-catching chorus. "Lately" begins the best stretch of the album with five of the next six tracks standing out to this listener. "Find U" worms into your head refusing to leave, "Legends" is a slow burner with a hip hop beat, "Bittersweet" is aptly named due to the lament of a lost loved one, "Lucid" is a great uptempo EDM party duet with Landry Cantrell, and the string soaked album closer "Time Stands Still" vies for best overall song of the album.

The main drawbacks to the album are the aforementioned filler songs. Sixteen tracks is ambitious for any artist, and although he mainly pulls it off, one of the things that would have made the album stronger would have been to trim the fat from the track list down to eleven or twelve tunes. Songs "Good Memories," "All I'm After," "Paradise," and "Blue Diamonds" are the biggest offenders that do little to stand out. Though fans of Parker's eclectic style will likely disagree, it keeps Daydreamer from having a more cohesive feel. It was also one of the main criticisms from his previous album, Adventure, and it crops up again here. Lastly, though the rap feature from Austin Lanier did serve to add to Parker's sonic palate, it came across as too jokey for the tone of the rest of the song. Again, the quirkiness of the song may be something that fans love about him, but this reviewer found it to be a jarring distraction.

When push comes to shove, Daydreamer is a tightly produced, crisp sounding album worthy of attention outside of the Christian music industry. Much of what Parker does fits right in alongside many of his mainstream counterparts. With a little bit of outside editing of the weaker tracks, Matthew Parker may have a very bright and long future ahead of him. This one is a definite must for his fans, or anyone in search of some well-done pop/EDM songs for the car or the treadmill.

While Dream Records artist Matthew Parker may or may not have intended it as such, opening his new album with "Alice," a three-minute and twelve second track composed completely of clean and electronically-altered vocals, is bound to raise expectations that what follows may be an entirely new animal than the bulk of his previous works. To some degree, this is, indeed, the case. While the base elements of dance-pop and EDM upon which his former records were built are still present and accounted for, the individual songs on Daydreamer are noticeably more unique from one another. To be sure, the manner in which Parker hops from the terse, start-stop dynamics of "All I'm After" to the laid-back reggae-leaning rhythms of "Braver" and the semi-epic quiet-storm tenor of "Breathe" helps to make Daydreamer his most diverse undertaking.

Adding to the appeal, the air-tight melodies and insistent rhythms that propel the better portion of the release are only knitted together that much more tightly by the well-worded lyrical thread that runs through songs like the uplifting musical travelogue, "Good Memories," and the clever combination of wistfulness and humor found in "Every Other Day" ("I still remember the fifth grade/ Life was good, I had no bills to pay/ Three bucks could keep me happy for a day").

The album does pull a sort of slow fade toward the back quarter of the proceedings. And Parker occasionally falls victim to a lyrical lapse here and there, as the slightly cliché theme of "Blue Diamonds" and ostensibly too-optimistic sentiment of "Legends" ("We are legends in the making") point out. Even with the weaker parts of the record excised, though, the listener is still left with a solid three quarters of an hour of infectious, consummately-constructed pop music to digest. Easily his most convincing showing to date, Daydreamer serves up strong evidence of the most listenable kind that, despite having already been around for roughly a decade, Parker may just now be hitting his proverbial stride. - Review date: 10/27/18, Bert Gangl of Jesusfreakhideout.com