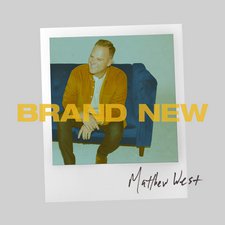 
In some ways, CCM vet Matthew West is like the Marvel Cinematic Universe (MCU). Hes been going at it for over 15 years and delivers releases that, though not the darling of a more artistic-driven listener, still remain popular favorites among fans and on the charts. Heck, he even has a sort of post-credits scene on his albums. Also like the MCU, he has a formula that has served him well and his latest release, Brand New, continues this trend. Are there witty lyrics served with a hip-hop beat? Check. Are there more saccharine tunes that tug at the heartstrings? Yep. Is there at least one song that features a gospel choir and some hand claps? You bet. Do real life stories from fans make it into the lyrics? Of course. Some may roll their eyes at Wests formula, but no one can deny it works for him.

The chances of him changing? Very slight. One track on his latest album finds him defending his upbeat style, appropriately named Love on the Radio. As that song declares Wests commitment to keep singing about Jesus, the rest of Brand New backs up this statement. The theme here is on-going redemption. The title track speaks of realizing that God is changing us as we continue on in Christ. We always need grace and God is always willing to provide it. Other tracks, like Grace Upon Grace, Not Today, or The Man Who Needed Grace, follow in this vein. Aside from that main theme, West also hits on living each day to our fullest with tracks like The Me You Made and What If, the latter of which contains the great line, I refuse to be a shoulda, woulda, coulda been/I cant go back in time, I dont have a Delorean. He even takes some time to address suicide with the poignant Too Young Too Soon, and appropriately follows it with the uplifting Hope Returns.

Wests songwriting skills continue to be top-notch. Even the more trite songs have lines that make them worthwhile listening. Hes at his strongest, though, when he uses his wit to challenge his audience. For instance, on Truth Be Told, West champions honesty about the mess in our lives and strikes it home with this lyric: Theres a sign on the door/Says, Come as you are/But I doubt it/Because if we lived like that was true/Every Sunday morning pew would be crowded. Musically, he keeps things varied though always falls back on pop stylings. Refreshingly, he uses less electronic elements and mixes in more guitars, keys, and drums. Rather than make the record feel chaotic, they work to make it interesting and hold your attention through the 50+ minute run time. That said, a couple of the songs could have been left off as B sides or saved for a deluxe edition as there is plenty of repetition of themes that arent entirely necessary.

What makes the MCU so enduring? They found a winning formula of fun storytelling combined with strong character moments that make you fall in love with the comic book world on screen. What makes Matthew West so enduring? He writes encouraging songs that bounce from fun and quirky to tunes that feel weighty and somber. Like the MCU, which has amazingly maintained a consistent quality over the years, West also performs at a high level; it never feels like hes phoning it in. Say what you will about quality in the CCM industry, West remains a definite bright spot, and his Brand New album keeps that winning streak going.