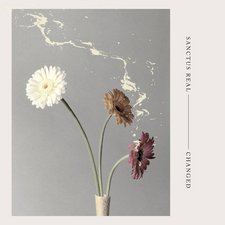 
In 2015, founding Sanctus Real front man Matt Hammitt exited the band and left a hole quickly filled by Dustin Lolli. After releasing an EP featuring the new vocalist in 2016, Sanctus Real took their time in crafting their first full-length album in this next stage. The end result is the appropriately titled Changed, featuring 10 songs that depart from the band's rock roots to explore multiple genres while telling of the power of God's love to impact our lives.

The record begins with the danceable and catchy "Your Love is Loud," but is immediately followed by the foot-stomping rocker "Survival." The shift in musical styles between these two tracks is indicative of the rest of the album. If you need convincing, after these two tracks gets your blood pumping, "Safe in My Father's Arms" encourages the listener to recline on a beach with its reggae-inspired sound. Only when we get to "Confidence" does the sound start to settle into more pop leanings. What's impressive about this wide array of genres is how the band manages to keep them all sounding connected. They never feel too out-of-place from the other songs on the album. These first four tracks are also very strong and cover different topics in an encouraging fashion.

With "Hide and Seek," however, the momentum slows down. This song, along with "Unrestrained" and "Hello Love," are weaker offerings compared to the album's beginning. They all touch on themes already explored and tend toward clichés in lyrics and music. Still, it can't be denied that they are just as catchy as the other songs on Changed. The title track is the bright spot in this run, notable mostly for its message about God's sanctifying work in believers with Lolli proclaiming, "Though I cannot see/I know You promise me/You're making a new heart/Where the old one used to be". "My Hope is in the Lord," with its folk stylings, and "Breaking Point," with its brutally honest lyrics, rally the record for a strong and stirring finish.

For those who undoubtedly hoping for a rockier effort from Sanctus Real, and therefore be disappointed by the more radio-friendly sound, it would still be worth it to give Changed a chance. The band is flexing some musical muscle and trying on different styles to surprisingly good effect. Despite a couple clunkers, the overall effort is striking, and the songs stick in your memory long after the final note. Though much has changed over the past couple of years for Sanctus Real, they maintain a high quality for honest and engaging lyrics and enough variety in music to give everyone something to love. Changed is a solid album and opens a bright, new era for the band.