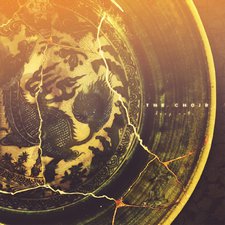 
When last we heard from classic rock band The Choir, they were exploring the dark depths of a failing relationship on Bloodshot. A couple years later, they are back with a newer, brighter message in Deep Cuts. This is an album focused on pushing for better times and reconciliation. Opener "Hurricane" makes that clear with the lyric, "I won't hide away alone/Or curse the wicked clouds." The feeling of this album is one of pushing forward in healthier ways. "The Woods" longs for the simple pleasure of walking with a friend and talking about "everything and nothing." "Aces Over Eights" shows gratitude for being alive and "Reckless Ways" shows determination to overturn bad habits. While the previous record contained a couple happy love songs, those are in more abundance here with highlights being the sweet "Feel You Close" or the sensual "Eyes on Fire."

Musically, the album feels less like an extension of Bloodshot and more like a return to Shadow Weaver territory. The music (and lyrics) is less raw and while I'm happy that the band members seem to be in a better place, the moodiness of the previous album injected something new into The Choir's sound that is missed here. Deep Cuts is more laid back and simply exists because these guys love making music together. That's fine, but it feels like a middle-of-the-road Choir album. That in and of itself isn't necessarily a knock, as average for The Choir is better than most. The songs do grow on you and while the melodies may not stick in your brain as long, the feel of the songs will. It may be a step down from the artistic height they were at a couple years ago, but it carries its own charm and is certainly a highlight for the year worth checking out.