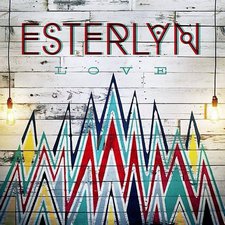 
If there has been one constant in the Esterlyn camp over the years, it would be, ironically enough, the concept of change. After making their opening bow into the music world under the Grand Prize moniker, front man Luke Caldwell and his cohorts had shed both their band name and original Southern pop/rock inclinations by the time of their third release, 2008's Lamps. Now under the Esterlyn banner, Lamps and the acoustically-based EP that followed it, Mending the Meaning, found the group taking the proverbial road less traveled and both albums were rightly hailed as indie rock triumphs.

More in line with the pair of efforts that came in the wake of Meaning, the Love EP paints a picture of a never-static group continuing their migration toward softer, less bracing fare. Opening with the winsome instrumental piece, "Alms," which sounds as if it could have been the backdrop for a children's movie played as the main character awakens to a warm spring day, the band quickly turns their attention to a collection of pleasant, but mostly generic, radio-ready worship numbers like "Break My Heart," "You Awaken" and "Holy Fire."

Bright spots do crop up here and there. On the surface, the title cut seems to take over where the abovementioned three songs left off, with its soft-rock meets worship trappings. A closer look, however, reveals that "Love" possesses a heightened pop savvy that renders it far more unique than any of those tracks. And the closing entry, "Choir of Angels," shows welcome hints of the indie spirit that pervaded the group's early projects, thanks to an engaging ethereal aesthetic that easily elevates it to best-of-album status.

Unfortunately, "Choir of Angels" winds up being a textbook case of too little too late. In its defense, the Love extended player is certainly amicable enough, and it's hard not to admire Caldwell's no-holds-barred lyrics and ostensible sincerity. In the same way, "Alms" and the other instrumental, "Heaven's Gate," do go some distance toward injecting a much-needed dose of variety into the proceedings. Taken as a whole, though, the latest offering from the Esterlyn collective still winds up being, for the most part, simply another drop of water in an already-overpopulated sea of like-sounding artists.