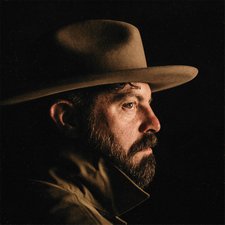 
"Stand In Your Love," the popular, folksy anthem from worship leader and Bethel Collective member Josh Baldwin was perhaps one of the most refreshing praise songs of the last few years. With its simple, bare-bones structure and down-home melody, the tune was starkly different than many of the overwrought worship songs of the last ten years; a period when grandiose (and longer) were the order of the day. Now Baldwin returns with his second album, the country influenced Evidence, an honest record that mixes the vertical with the earthy in a recipe that honors Baldwin's rural North Carolina roots while still offering big choruses and melodies that fans of his "other band" have come to expect.

Kicking off with the down beat "Into The Wild," that features Baldwin's husky baritone (think Bruce Springsteen mixed with Zach Williams and a dash of classic folk singer James Taylor) in a great performance, the song builds into a full-throated roar from the singer that matches the theme of the song. Laying down a thesis statement of sorts, Baldwin sings "I wanna follow, follow Your heart / In the face of the unknown / I wanna trust You, trust who You are / When I let go, I'm halfway home / Into the wild, oh It's time to dream like a child again Into the wild, oh / Letting go is where life begins." A song about "the wild" needs to have a rustic flair, and the balance between being less polished than most worship music - but still familiar in tone - is one that Baldwin strikes well.

The following title track (and current radio single), "Evidence," again features a powerhouse, low-register vocal and melody, yet would still fit well in a corporate worship setting, with a refrain that rings true for those with the eyes to see it. Third track "New Creations" features a welcome, wailing harmonica (a wonderful instrument that needs more appearances in worship music), while "Best Friends" finds Baldwin channeling his inner folksinger in testifying about his generation "searching for the real thing." (The Bob Dylan reference in the lyrics is a bit too on the nose, but to hear arguably America's greatest songwriter referenced on an erstwhile worship album, and more harmonica to boot, is refreshing.) "My Hands Are Open" is another highlight, with its nifty, swinging drums and Baldwin's soulful challenge to "live for greater things." There are a few lackluster songs here ("Beloved" and "Your Voice," while fine tunes, could be the same song, and sequencing them right after the other in the album's running order only heightens this comparison), but on balance, Josh Baldwin continues his streak of writing honest, compelling worship songs.

Evidence may not be as wild as its title may suggest, but it's a great step forward for this up-and-coming songwriter and a good bit of evidence that worship music can be as varied and interesting as the geography that the writer comes from. Worship is both a deeply personal and corporate exercise all at the same time, and Evidence is a good case for both sides.