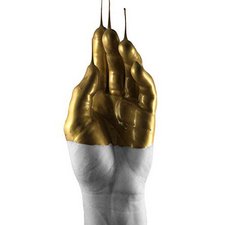 
The story of Jordan Phillips and Adam Stark's musical beginnings is certainly humble enough. Tossed together as roommates by the housing administration at Nashville's Belmont University, it wasn't long before their love of all things '60s and '70s spurred them to put their heads, and collective talents, together to form a bona fide band. Equal parts T. Rex, Tom Petty and Wings-era McCartney - with a dash of Fountains of Wayne's shimmering power pop thrown in for the sake of contemporariness - the duo and their cohorts in The Kicks turned out four melodic, classic-sounding albums before hanging up their guitars and calling it a day.

As of late, the pair are pursuing a decidedly more electronically-oriented direction. Signed to Centricity's Residence Music sublabel, Stark and Phillips late 2018 single, "Gold," knits stacatto vocals, funk-filled percussion and a soaring chorus into a seamless and ultimately appealing whole that is undeniably more than the sum of its parts. And the track's laid-back groove and engaging melody are only rendered that much more winning by its honest and insightful lyrical approach ("I tripped and I fell on myself / You were right where I landed/ You're the song that I've sung all along/ And the mountain was climbing"). A welcome alternative to the current glut of worship-only music that has come to all but dominate the Christian radio airwaves, "Gold" is a proverbial shot over the bow of the most infectious kind for those with ears sensitive and discerning enough to hear.