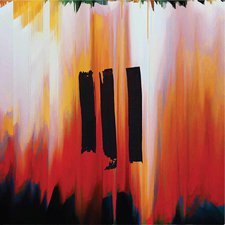 
Over the last five years, Hillsong Young & Free has firmly established themselves as a go-to band for church youth groups worldwide with past hits like "Alive," "Wake," "Sinking Deep," "Real Love," and "This Is Living," just to name a few. Their EDM flavored worship has been a near perfect blend of hot mainstream styles and vertically centered lyrics, sure to get the crowd jumping and singing along. Young & Free returns here with their third full-length album, aptly titled III. The main question this reviewer had was wondering if we would see any artistic growth as the band members themselves continue to grow in age. Surprisingly, the answer turns out to be a resounding "yes."

While the first three songs, "Let Go," "Every Little Thing," and "Just Jesus," start things off on an expected high note, it's not until track four, "First Love," that we see the album start to show some diversity. The previous songs are quality, and deliver what we have come to anticipate, but the heart of lyrics from "First Love" helps answer the growth question. They sing, "This is all I want/That the love I have for You/Doesn't fade along with youth/Can You help with that/The reason that I ask/I've seen far too many friends/Walk away and not come back/I want more than that." Later in the song, they also plead that, "This is all I pray/Over everything I ask/That my friends one day come back/Can You help with that." It's this outward focus on others that shows a growing maturity. "Heart of God" utilizes portions of old hymn "I Surrender All" to great effect, as they praise God for His heart of kindness and mercy that leads to repentance. A sermon snippet from Billy Graham concludes the song, as it bleeds into interlude "Selah I" and directly into "Jesus Loves Me."

In "Jesus Loves Me," the innocence of children's church echo on this modernized take on "Jesus Loves Me." It's a simple and sweet song dripping with God's love for humanity. These three tracks in sequence serve as a true highlight of the entire album. "Days Gone By" is another song worthy of attention, very reminiscent of their previously released song, "Sinking Deep." This song has the feel of one you could find on mainstream radio by artists like Lorde, Sia, or P!nk. In fact, save for a mention of grace, this could be seen as the least vertically centered song. This is not a bad thing per se; it's simply worth noting on an otherwise hauntingly beautiful piano ballad. "How Deep the Love" uses Psalm 23 for inspiration to praise God for the depth of His love, and we actually hear a trace of guitars early on in this one. Live drums, opposed to the heavily used electronic percussion, give this track a much more straight ahead feel, though the synths are still present to fill in the sound.

"Push/Pull" features a soaring male/female duet with the lyrics of verse one standing out most, "You will not relent my God/Right beside me You have always been/When in pride I've pushed away/It's Your mercy that has pulled me in." It's worth noting that Brooke (Fraser) Ligterwood has a co-write, and her fingerprints are all over this one lyrically. "More of You" features synths and drums pulsing forward at a mid tempo, giving this a familiar (but not too familiar) groove that makes for a pleasing listen. Controversy surrounding the artsy music video aside, the song "PEACE" is certainly a highlight of the album as Melodie Wagner tenderly sings, "There's a peace far beyond all understanding/May it ever set my heart at ease/Dare anxiety come I'll remember/That peace is a promise You keep." It's a good reminder for all in moments of unrest. "Selah III (Fruit of the Spirit)" follows with its beautiful piano, a touch of autotune on a chorus of voices, and a b3 organ/electric guitar combo that close this one all too soon. "Highs and Lows" ends the album with a steady build, crescendo, and release surrounding the sentiment of lyrics, "Highs and lows/You surround me either way it goes/Should I rise or should I fall/Lord You're with me through it all." This second trio of songs is another masterful set of sequencing, with each song setting up the subsequent one and then flowing perfectly into the next.

Also, though some may rag on the cover art for the album, I saw it as a metaphor for a band growing up before our eyes. The water colors and the simplicity of the Roman numeral three denotes a childlike faith. We see that reflected in songs like "Just Jesus," "Selah I," "Jesus Loves Me," and "Selah II." But we also see a contrast to this innocent faith in the dark color around the edges of the album cover, as well as the Roman numeral III having jagged edges. Songs "First Love," "Heart of God," "Push/Pull," "PEACE," and "Highs and Lows," reveal a band who has experienced some of the pain in life, but their faith remains intact as they cling to Jesus. This is a band in transition from the teen years to becoming young adults, and they have crafted an excellent album for the next generation of Jesus followers. Overall, color this reviewer very pleasantly surprised, with III being a must-hear for 2018, and this band one to keep an eye on moving forward.