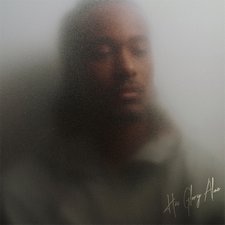 
KB has made a name for himself in Christian hip-hop. Beginning his career as a Reach Records artist, KB has consistently produced albums with God-centred lyrics and infectious hip-hop beats. And His Glory Alone does that too, yet seeks to elevate these beats by penning lyrics that, throughout most of the album, resemble psalm-like worshipfulness.

In line with the theme of worship, KB utilizes a handful of worship songs, repurposing them (for the most part) creatively. The album opens with "Let It Reign," a repurposing of Michael W. Smith's "Let It Rain," creating a cinematic, anthemic opener that, with the addition of a feature from Bizzle, draws the listener into the album as an experience. And as an experience, this album seamlessly blends hard-hitting hip-hop with a worship service.

"10K" is a fun track utilizing Matt Redman's hit "10000 Reasons," while "This is Life" uses Hillsong UNITED's "So Will I (10 Billion X)" to create an earnest and worshipful track (being this reviewer's favorite cut off the album). "Yes Song" (a reworking of "Yes I Will") feels closest to the original song, yet is heartfelt in its delivery.

This album isn't exempt from wholly-original material, however. "Lil Boy" follows the opening track and carries an in-your-face feel that is not foreign to the rapper. "We Right Here," a rally cry for millennial-aged Christians, and "Libre" carry a similar tone; the former feeling akin to "I Believe" and the latter carrying a Latin vibe that is assisted by featuring artist Tommy Royale. "Loyal To The End" sports a great beat and a creative feature from Jon Keith. While the beats on all these tracks are well-produced and catchy, their lyrics aren't nearly as strong as the worship tracks. However, "Masterpiece" and "The Name" are exceptions, the former being a beautiful tribute to KB's newborn daughter, beautiful from a lyrical and musical perspective.

KB is an zealous, God-glorifying rapper. He sticks out like a sore thumb when compared to some of his former labelmates, due to his desire to, in his words, "be more Christian than rapper." And while some may complain about the overabundance of utilizing existing worship songs, it is delivered with sincerity and creativity, and ranks high on this reviewer's top 10 albums of the year!