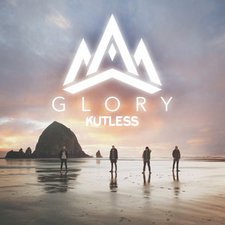 As long as the concept of 'art' has been around (which has been a long time), artists' audiences have been weighing what they think of an artist's new piece (be it a book, a painting, an album, an acting performance) in light of that artist's last work, or body of work. Is this fair? Should the audience endeavor to judge a presented piece of artwork as a single entity? Or is an artist's back catalog fair game for contextualizing the newly presented work?

It's an age-old question. Surely folks in the Globe Theatre outside London saw a new Shakespeare play and said, "I liked it, but it was no Romeo and Juliet." The 'new' Star Wars films coming out (and the prequel trilogy) were and will be seen in light of the classic trilogy of films. The Hobbit films have to compete with Peter Jackson's fantastic first run of Tolkien films.

Kutless is no Shakespeare, George Lucas or Peter Jackson, but they do have a ten-plus year track record of music and a large following in the Christian Music marketplace. Starting out at the turn of the century as students in the Creed school of hard rock, Kutless has alternately released straight ahead rock and roll records with worship albums since almost the beginning. 2005's Strong Tower best married the hard edge of the guitars and screaming vocals with worship standards and a few originals, and had a successful time with it. 2009's It Is Well continued in this pattern (with a pretty solid take on the old hymn), and now, almost on cue, Glory aims to navigate those same waters. The difference here is that Glory contains exclusively new music in the framework of the modern worship presented on Sunday mornings in many churches in America.

Lead single "You Alone" offers the album's best guitar tones and most forceful drum sounds. As a simple song of praise with a soaring melody, the tune scores points for performance and lyrics that the band (in their Air 1 segments) explains is "supposed" to be simple and not over thought. Opening song "Revelation" sports some nice gang vocals and punchy guitars, and the ironically titled "Rest" rocks with an old-school Kutless vibe.

Glory hits rough waters when songs that are intended to be "deep" come off as the same kind of song that dozens of other bands are putting out as radio fare, and losing any sort of Kutless' band identity in the process. Artists should be allowed to "change" over time, but by the same token, fans are justified in expecting them to "grow" in their craft, to come up with more creative ways to say things and slightly more creative song structures. It's okay for a few guys approaching the middle of their lives to mellow out a bit, but Glory strings along too many mid-tempo tracks with unimaginative lyrics. Song like "In Jesus Name," "Never Too Late" and "We Will Worship" have phrasings and lyrics as recycled as their titles. An album of original worship tunes is a noble endeavor, but on too many tunes on Glory, Kutless sounds underwhelming given their history.

It's no easy thing to offer a critique of a "worship album," especially one with original music on it, but as long as money is being asked for in exchange for those songs, criticism (not in the negative sense, but in an analyzing sense) is warranted. In this case, Glory, while containing some nice moments, feels like an assignment that was not given the student's undivided attention and does not demonstrate their full potential.

Kutless has been a staple of the Christian music industry for over a decade now. With Glory, they continue with the same formula that has brought them so much success and radio play. Diehard Kutless fans know what to expect and will be satisfied with the product. For everyone else, however, there's little to be found that hasn't already been done countless times before. The album's best song, "In The City," does close the album on a higher note, though. Overall, Glory isn't a bad album, but simply ordinary. - 2/2/14, Jerold Wallace of Jesusfreakhideout.com

In a time where it feels as though rock music's existence is being threatened by the chart-topping, Gold-selling status of worship music in the Christian market, an album like Kutless' Glory just seems far too calculated and safe. From a band that started out playing hard rock, Glory seems like the band checked off everything needed for a modern worship album: singable lyrics, catchy melodies and soaring anthems, making an album that sounds processed and by-the-book. Sure there's plenty of worshipful pop rock here to appease the fans of Kutless' worship music (and, really, any fan of the current worship trends), and this album will undoubtedly inspire hearts to worship, but from a musical standpoint, it's tough to overlook how Glory brings nothing new at all to the table. - 2/9/14, John DiBiase of Jesusfreakhideout.com