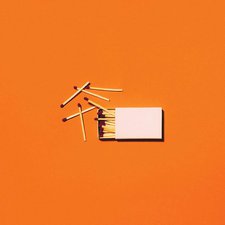 Jesus Culture
Living with a Fire


Arriving all too freshly on the heels of Love Has a Name, last year's monumental disappointment, is Jesus Culture's latest album, Living with a Fire. For those who read my review of their 2017 project, I'll note that this year's project is better than the last, though not by much. Clocking in at over 100 minutes, listening to Living with a Fire is a bit of a commitment. Additionally, if you felt that previous Jesus Culture songs were exceptionally long, brace yourselves: they've only gotten longer. Thankfully, the album's easy listening makes for quality background music and is perfect for playing in the car, when you have company over, or working around the house.

The album opens with "Move," a decent and upbeat worship track. Other highlights include title track "Living with a Fire," "Yes and Amen," "Beautiful Day," and "For No Other Reason." None of these songs are likely to make it onto year-end highlight lists, but they're still enjoyable in and of themselves.

Scattered elsewhere on the album are songs which are either unmemorable, embarrassing, or theologically dangerous. Listeners should be both cautious and shrewd, doctrinally speaking. Prosperity elements are woven throughout some of the tracks in addition to general attitudes of demanding various things of God. Nothing is particularly damning, but when considering the overall lower quality of the songs, the whole experience grows rather disappointing.

The harsh reality is that great music is rarely developed over the course of a year, and especially not on an annual basis. Even if these songs were of outstanding quality, their purpose in existing would be undermined by the sheer volume of Jesus Culture releases. It takes the average listener time to pick up and digest albums. It takes even longer for songs to spread and become staples in congregations around the world. When even the band's best songs are sandwiched between yearly releases, it hampers their ability to be recognized. Thankfully, there are a few gems here which could be accidentally swept under the ever-present noise.

Unfortunately, Jesus Culture has failed to learn from past lackluster efforts and has delivered yet another mediocre project. For current fans of this worship collective, Living with a Fire should perfectly satisfy your listening habits. For those seeking to add new worship tracks to their music playlists, there are far better alternatives to consider.