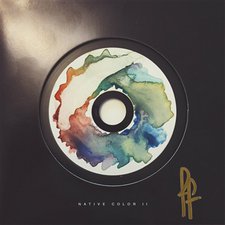 How well an acoustic track stands apart from its original recording is contingent on the intent of the artist. If the goal is to create more content to sell, a straightforward acoustic arrangement--where the original instruments are replaced with softer ones--is often the end result. This might be received gladly by fans, or easily passed up, but whatever the case, they are generally only appreciated by those who already like the original song. If the goal of the acoustic rendition is to put a unique spin on the song, it's a greater risk, but has a higher reward. Fever Fever is one of those artists that have both the guts and talent to successfully deconstruct and re-imagine their own music. The Native Color series was born out of a desire to be able to play their music unplugged in a live setting, but more than simply "stripping down" their instrumentation, they craft the songs to experience them in a whole new way.

"Collapse," originally recorded for Fever Fever's national debut, Aftermath, is the best example of this. The first two and a half minutes take a more somber approach than the original, exclusively utilizing a gentle piano and soft vocals. Halfway through the song, a harmonium, drums, and vibraphone are all layered in as the song shifts into a beautiful new verse where lead singer Drew Murfin poetically sings in his gently husky voice, "raise up the veil / see the city on the hill / see the lights swimming still on the land / don't say a word / let the spirit take control / take the wonders of the world in your hand / oh sweet Eden." Adding lyrics to a song can be tricky, but this new verse complements the original song so well, it feels like it was meant to be there all this time. Similar to "Collapse," "Madness" (also from Aftermath) and "It All" (from their 2012 Kingdom EP) both make already solid tracks even more intriguing.

"Blue" and "Aftermath" were two of the stronger tracks from Aftermath, and their acoustic renditions do the originals justice. Organic soundscapes composed of pianos, upright bass, acoustic guitar, and many other instruments lay a solid foundation for the band's hopeful and subtly spiritual songwriting. Who can forget such clever lyrics as "I sewed my clothes from the earth to feel a little less shameful / I took a knife from the rock and I cut his throat to feel a little more able"? "Curious" is the only completely new track here. The more simplistic acoustic strumming doesn't captivate as much as the more layered instrumentation on the aforementioned tracks, but the tone it creates makes you feel like the band is right there in your living room. It would be nice to hear this song on a studio album with a fuller sound as the melody and lyrics are both excellent.

For an EP, Native Color II offers a generous amount of material with 7 tracks clocking in at twenty eight minutes. In an over-saturated industry, gems like this can so easily fall through the cracks. Hopefully that is not the fate of Native Color II as it has both artistic integrity and accessibility superior to much of what the mass market is consuming right now. Currently, the EP is on Noisetrade as a free download (with tips being accepted), so go grab yourself a copy!

I got my first taste of Fever Fever's infectious indie pop sound when they joined Slospeak Records and released Aftermath. Since then, I've followed the band rather closely, which has been difficult, as they suddenly got pretty quiet sometime after Aftermath hit the shelves. Now, going on two years later, Native Color II has arrived, and it's on par with what I had expected from the band. The alternate renditions of these songs are more than just acoustic remakes, but full-onb reimagings of the song without losing the charm of the originals (in fact, some tracks, like "Sea Meets the Earth," have almost added some charm). One thing I really like about this album is that, when a new song starts, it takes me a minute to figure out which song is being remade, only to then smack my forehead, thinking to myself "Of course! It was so obvious!" "Madness" is not an example of this, nor is the beautiful, piano-led "Collapse," but I have done that with "Blue," "Sea Meets the Earth," and even "Aftermath" (even if only for a few seconds on that last one). Fans of Aftermath (and Fever Fever's previous work, of course) will be most appreciative of Native Color II, but even if you've never heard a single song from this band, picking this up is a wise decision. And if you fall into the latter camp, this is the perfect occasion to remedy that! - Review date: 6/26/16, Scott Fryberger